America's Got Talent Wiki
Register
Don't have an account?
Sign In
Advertisement
in: Acts, Accepted Acts, Bands,
and 13 more

3 Shades of Blue is a Christian rock band from Philadelphia, PA. They are 3 brothers, twins Jeffery and Jesse, and younger brother Austin Allem,  and their best friend Dane Duncan. They are known for their unique blend of Pop/Rock and solid lyrics of hope. Their energy and hearts for music have gained the attention of leaders in the industry and many fans along the East Coast. They have performed with national and international bands like Skillet, Switchfoot, Tenth Avenue North, Family Force Five, Plumb, Mikeschair, Josh Wilson, Reilly, Stellar Kart, The Advice, Lightswitch, Superhero and many more.

3SB has played at festivals around the east including: Creation, Alive, and The Columbia Freedom Festival. By invitation, they recorded their EP, Love Will Sing Out, at Michael Card’s studio in Franklin, TN, working with producer Keith Compton. They also just came out with their self produced album "Try to Fly." They are currently touring and always looking for new churches, festivals, and groups to work with. [1]

3 Shades of Blue were only briefly seen during Season 9. Their audition in Episode 901 was untelevised, but it consisted of singing Passenger's "Let Her Go". Although Howard Stern and Mel B voted "Yes", Heidi Klum and Howie Mandel voted "No", eliminating the group from the competition.

3 Shades of Blue returned for Season 10. Their audition in Episode 1007 consisted of performing a pop rock rendition of Nina Simone's "Feeling Good." Howard Stern, Heidi Klum, Mel B, and Howie Mandel all voted "Yes," sending the group to the Judge Cuts. 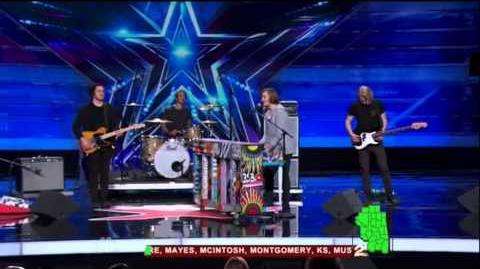 3 Shades of Blue's Judge Cuts performance in Episode 1008 consisted of performing a rendition of Twenty One Pilots' "Fairly Local." The group's performance was strong enough for the judges to send it to the Quarterfinals instead of Elin & Noah and Vibez. 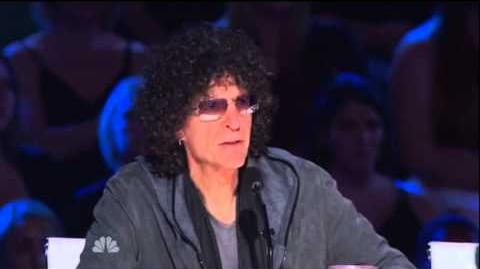 3 Shades of Blue's Week 2 Quarterfinals performance in Episode 1014 consisted of performing a rendition of Nick Jonas' "Chains." Notably, the lead singer performed a backflip off the top of a piano. 3 Shades of Blue finished in sixth, seventh, or eighth place in America's Vote. In the Dunkin' Save, it received fewer online votes than Ira. In the Judges' Choice, Howard Stern, Mel B, and Howie Mandel all voted for 3 Shades of Blue, sending the group to the Semifinals in Episode 1015 instead of Freckled Sky. 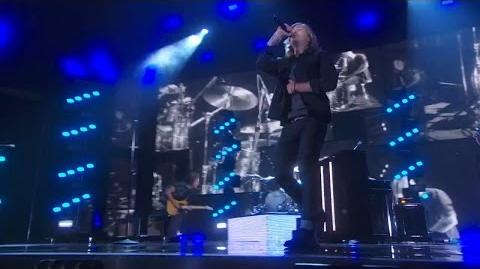 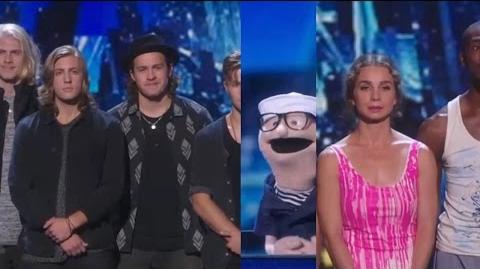 3 Shades of Blue's Week 2 Semifinals performance in Episode 1020 consisted of performing a rendition of Awolnation's "Sail." 3 Shades of Blue did not receive enough votes to be sent to the Finals in Episode 1021, eliminating the group from the competition along with Daniella Mass. 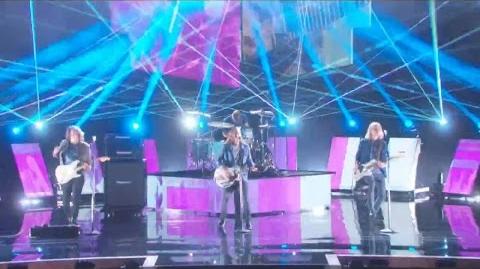 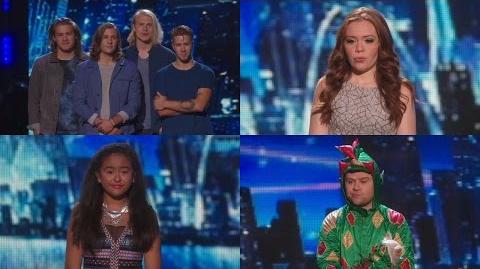 3 Shades of Blue are the highest placing act known to have been a reject in a previous season.