Judge Cuts
Aaron Smyth was a ballet dancer act from Season 10 of America's Got Talent. He was eliminated in the Judge Cuts.

Aaron Smyth has been dancing since he was 8 years old. Born in Gold Coast, Australia, Aaron Smyth trained with Prudence Bowen Atelier and Dianne Talbot. He attended the Jacqueline Kennedy Onassis School at American Ballet Theatre on full scholarship under the direction of Franco De Vita. Mr. Smyth was then promoted to ABT II under the Direction of Wes Chapman. With ABT II he performed Grand Pas Classique and Stars and Stripes Pas De Deux, as well as many new choreographic works. 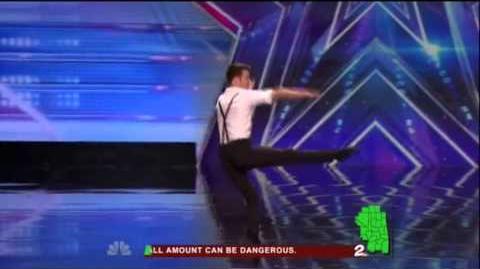 Aaron Smyth's Judge Cuts performance in Episode 1011 consisted of dancing to Tom Odell's "Can't Pretend" using a chair as a prop. Aaron's performance was not strong enough for the judges to send him to the Quarterfinals, eliminating him from the competition along with Kacey Jones and Leroy Patterson. 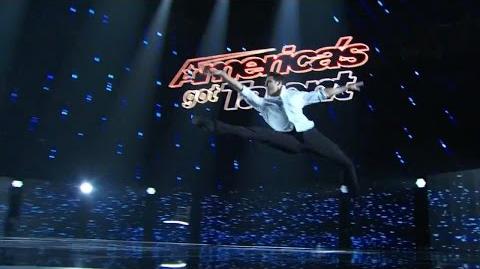