Judge Cuts
Adam Grabowski was a comedian from Season 11 of America's Got Talent. He was eliminated in the Judge Cuts.

2015 APCA Comic of the Year Adam Grabowski has performed at over 500 colleges across 45 States. An 11-time NACA showcasing artist, Adam has been voted the nation's top college touring comedian a record-setting 4 years in a row.

Adam's interactive, ever-evolving progressive form of stand-up comedy has led clubs and universities to book him 2, 3, 4, and even 5 years back to back. In the Spring of 2016, Adam performed at a record 90 colleges in one semester.

Adam splits his time between Los Angeles and his hometown Chicago, Illinois. [1]

Adam Grabowski's audition in Episode 1106 consisted of joking about how Disney movies were inappropriate for children; for example, he cited The Little Mermaid featuring a mermaid losing her voice, and then a man fell in love with her. Howie Mandel, Mel B, Heidi Klum, and Simon Cowell all voted "Yes," sending Adam to the Judge Cuts. 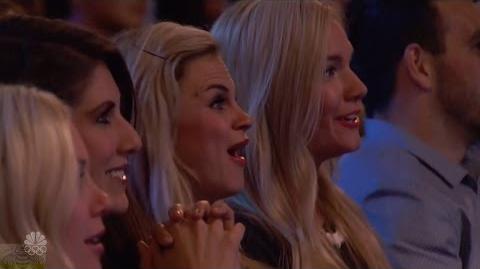 Adam Grabowski's Judge Cuts performance in Episode 1108 consisted of joking about girls making noises for the dessert that their boyfriends had never made her made before, especially for them. Simon Cowell buzzed the act. Adam's performance was not strong enough for the judges to send him to the Quarterfinals, eliminating him from the competition. 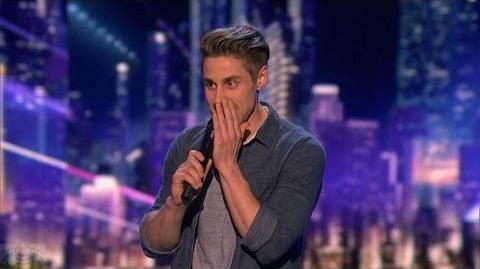 Adam auditioned in season 8 where he was eliminated somewhere in the judgement week. However it was not shown.