Judge Cuts
Aiden Sinclair was a card magician act from Season 10 of America's Got Talent. He was eliminated in the Judge Cuts.

Aiden Sinclair is a grifter turned professional magician. After spending nearly two decades on the run from the law, he surrendered to federal agents and confessed to his life of confidence schemes and aliases. Five years in prison gave Aiden the opportunity to set out upon a new path in life. Rather than face a future as a recidivism statistic, Aiden chose to spend his time adapting the skills that served him so well as a confidence artist to a new calling. Today, Aiden practices the art of deception for entertainment. Aiden has performed around the globe for thousands of spectators, including Hollywood celebrities and royalty. He is one of the most popular acts to appear at Dragon-Con, one of the largest multi-media popular culture conventions in the world. In addition to his regular performances, Aiden lectures at high schools and universities throughout the United States and uses his auotbiographical one-man show, Grift, to motivate students to stay on a positive life path. [1]

Aiden Sinclair's audition in Episode 1004 consisted of flipping a single card from a full deck upside-down and sealing the deck in a deck box. He then had Howard Stern call Howard's mother and ask her to pick any playing card. After opening the box, Aiden revealed that the flipped card in the deck was the card Mrs. Stern picked. Howard, Heidi Klum, Mel B, and Howie Mandel all voted "Yes," sending Aiden to the Judge Cuts round. 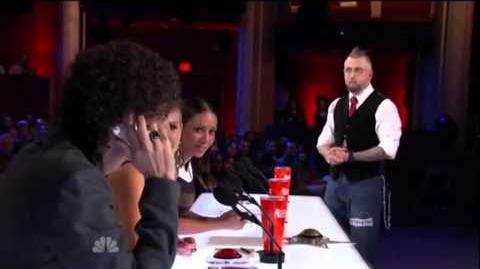 Aiden Sinclair's Judge Cuts performance in Episode 1009 consisted of wrapping rubber bands around an open deck of cards. He then passed the deck to each of the five judges. Each judge broke open the pack whenever Aiden snapped his fingers. After each judge had a card in mind, Aiden named all five cards. Howard Stern, Heidi Klum, guest judge Michael Bublé, Mel B, and Howie Mandel all gave him standing ovations. Despite the unanimous praise, Aiden was not among the acts chosen to advance to the Quarterfinals, eliminating him from the competition along with Dr. Danger's All Stars, instead of Ira. 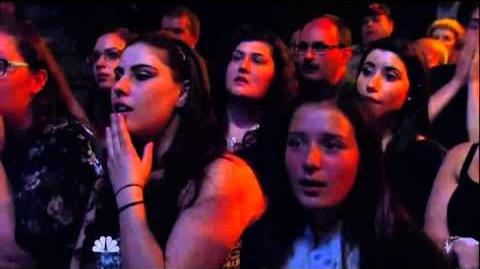 Aiden Sinclar was a contestant on Season 4 of Penn & Teller: Fool Us. He did not fool the duo.