America's Got Talent Wiki
Register
Don't have an account?
Sign In
Advertisement
in: Acts, Accepted Acts, Female Singers,
and 12 more

Semifinalist
Amanda Mena was a singer act from Season 13 of America's Got Talent. She was eliminated in the Semifinals.

Amanda Mena was a contestant on La Voz Kids, an American Spanish-language version of The Voice, in 2014. She was the season's winner. [1] [2]

Born in Salem, MA, Mena moved to the Dominican Republic as a baby. She lived there for four years as her parents gained enough financial stability before returning to settle with them in Lynn, MA--just north of Boston. [3] In school, she was bullied a lot because she didn't know English, and because she looked different from everybody else. Music, and her mom, helped Amanda get through that period.

Amanda Mena's audition in Episode 1304 consisted of singing Aretha Franklin's "(You Make Me Feel Like) A Natural Woman." Impressed with her performance, Mel B pressed her Golden Buzzer, sending Amanda straight to the Quarterfinals. 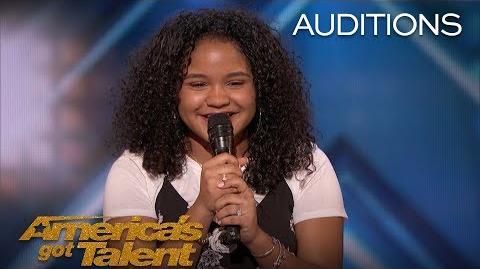 Amanda Mena's Week 1 Quarterfinals performance in Episode 1311 consisted of singing "What About Us" by P!nk in both English and Spanish. Howie Mandel, Mel B, Heidi Klum, and Simon Cowell gave her standing ovations. Amanda received enough votes to advance to the Semifinals in Episode 1312 along with Courtney Hadwin. 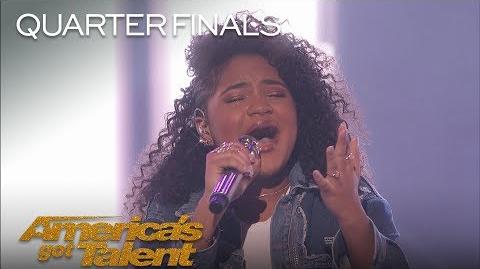 Amanda Mena's Week 1 Semifinals performance in Episode 1317 consisted of singing "Happy" by Pharrell. Mel B and Heidi Klum gave her standing ovations. Amanda did not receive enough votes to advance to the Finals in Episode 1318, eliminating her from the competition along with Makayla Phillips instead of Michael Ketterer. 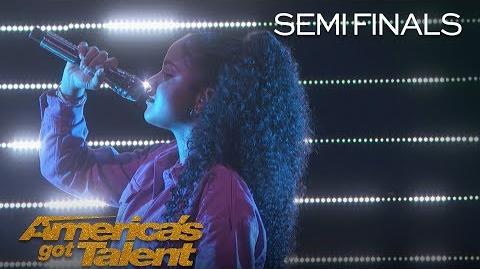 Amanda Mena auditioned for the 2021 season of American Idol.  She was eliminated in the Showstopper Rounds.