America's Got Talent Wiki
Register
Don't have an account?
Sign In
Advertisement
in: Acts, Accepted Acts, Vocal Groups,
and 12 more

Semifinalist
Angel City Chorale was a choir act from Season 13 of America's Got Talent. They were eliminated in the Semifinals.

The Angel City Chorale is a choir based in Los Angeles, California and was founded by director Sue Fink. The group consists of 165 members and they are well-known around the world. On YouTube, their performance of "Africa" has garnered over 10 million views. Also, their performance of "Baba Yetu", another song they have on their YouTube channel has over a million views. The group travels around the country performing togther and wowing people across the nation. 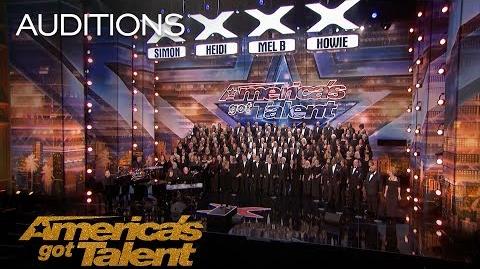 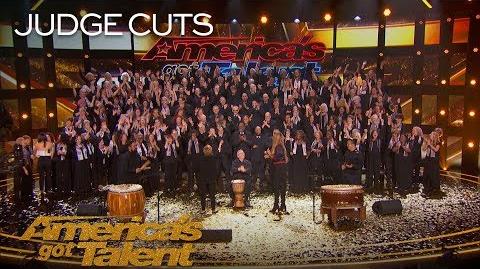 Angel City Chorale's Week 1 Quarterfinals performance in Episode 1311 consisted of singing "This Is Me" from The Greatest Showman.  Howie Mandel, Mel B, Heidi Klum and Simon Cowell gave them standing ovations. Angel City Chorale finished in sixth, seventh or eighth place in America's Vote. In the Dunkin' Save, they received more online votes than Junior New System and Mochi, advancing to the Semifinals in Episode 1312. 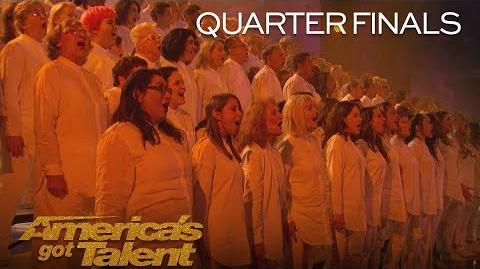 Angel City Chorale's Week 2 Semifinals performance in Episode 1319 consisted of singing "The Rising" by Bruce Springsteen as a tribute to the victims and first responders of 9/11. Mel B gave them a standing ovation. They did not receive enough votes to advance to the Finals in Episode 1320, eliminating them from the competition instead of Brian King Joseph. 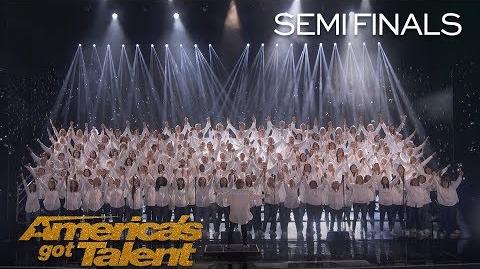