America's Got Talent Wiki
Register
Don't have an account?
Sign In
Advertisement
in: Acts, Male Singers, Season 13 Acts,
and 3 more

Judge Cuts
Angel Garcia was a singer from Season 13 of America's Got Talent. He was eliminated in the Judge Cuts.

Angel currently lives in Los Angeles, California, and says his dad is his main inspiration when it comes to singing. 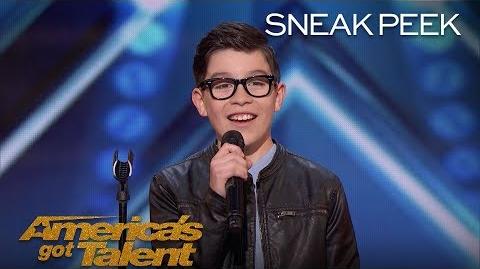 Angel Garcia's Judge Cuts performance in Episode 1309 consisted of singing a Spanish version of Bruno Mars' "Just The Way You Are". His performance was not strong enough to advance to the Quarterfinals, eliminating him from the competition along with Jeffrey Li.