Semifinalist
Angela Hoover was a impressionist from Season 8 of America's Got Talent. She was eliminated in the Semifinals.

Angela Hoover has performed standup at venues such as The Comedy Union, The Comedy Store and the Laugh Factory and recently wrote and performed her 2nd one woman show on the Comedy Central Stage entitled, “Have You Seen My Funnel Cakes” based on her family’s 4-year move to the Vegas suburbs. Angela was the winner of California’s Funniest Female, a semi-finalist in Nick at Nite’s Funniest Mom in America. In 2013 she co-created TALKABOUT, a web series based around 2 New Zealand sisters and radio hosts (with real-life sister Alexandra Hoover) can’t seem to get a caller on the line. 1

Angela Hoover's audition in Episode 801 consisted of performing a routine about mothers while impersonating the voices and mannerisms of Celine Dion, Drew Barrymore, Kristin Chenoweth and Penelope Cruz. Howard Stern, Heidi Klum, Mel B, and Howie Mandel all voted "Yes," sending Angela to the Vegas Round. 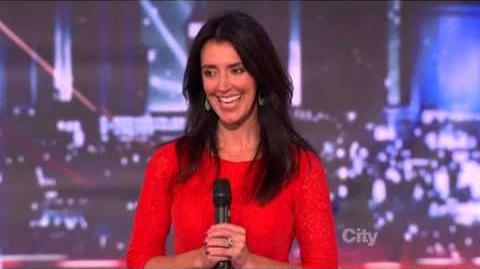 Angela Hoover was one of thirty acts to advance straight to the Quarterfinals in New York without performing in Las Vegas in Episode 808.

Angela Hoover's Week 2 Quarterfinals performance in Episode 812 consisted of performing a comedy routine about celebrities such as Mel B, Heidi Klum, and Christina Aguilera while impersonating their voices and mannerisms. In the Judges' Choice, although Howard Stern and Mel B voted for her, Heidi Klum and Howie Mandel did not, forcing a tiebreaker; whichever act received more votes from America would progress. Angela received more votes than Tone the Chiefrocca, sending her to the Semifinals. 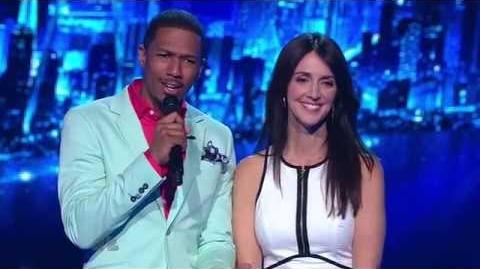 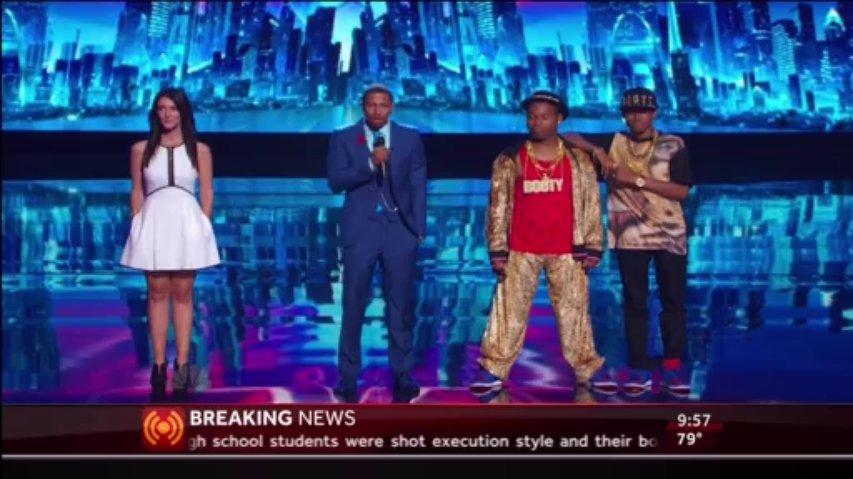 Angela Hoover's Week 1 Semifinals performance in Episode 820 consisted of performing a comedy routine about celebrity moms such as Arianna Huffington, Kourtney Kardashian, Sharon Osbourne, Sofia Vergara reacting to nursery rhymes while impersonating the moms' voices and mannerisms. Angela did not receive enough votes to be sent to the Finals in Episode 821, eliminating her from the competition instead of Taylor Williamson. 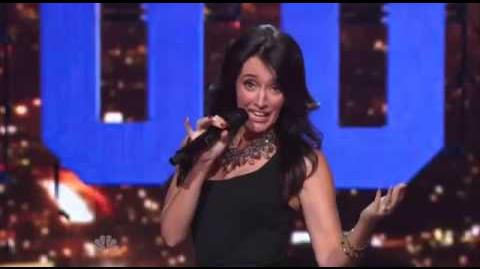 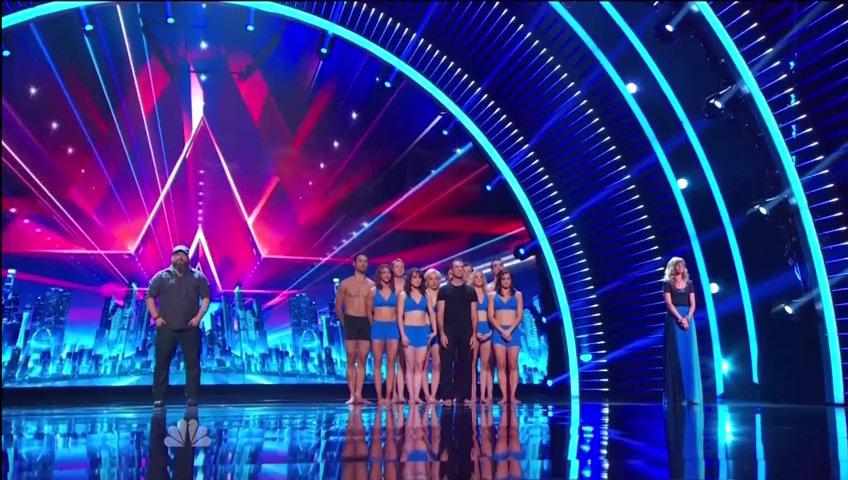