Quarterfinalist
Animation Crew was a popping dance crew act from Season 10 of America's Got Talent. It was eliminated in the Quarterfinals.

Animation Crew is a popping dance style performance team in South Korea. Since they began Animation Crew in 2004, They have successfully had various performances on stage, in movies, and even in TV shows. They had an amazing performance at "Korea's Got Talent 2" in 2012, French TV Show "the Best" in 2013. On "Korea's Got Talent," each member showed his talent on every single stage and drew enthusiastic attention from the judges and the public. Their 1980s fashion concept was amazingly successful too. They would have a chance to publicize themselves via "Samsung Galaxy Note Day" directed by Jang Jin, one of the Korean best movie and performance directors.

They have done everything together without a dance school business. With these various performances and projects, Animation Crew has become an indispensible dance crew both in Korean and oversea events such as in the USA, Canada, UK, China, Dubai, Malaysia, Singapore, and more. [1]

Animation Crew's audition in Episode 1005 consisted of five painted men dancing in front of a wall to create the impression of a painting coming to life. Although Howie Mandel voted "No", Howard Stern, Heidi Klum, and Mel B voted "Yes," sending the group to the Judge Cuts round. 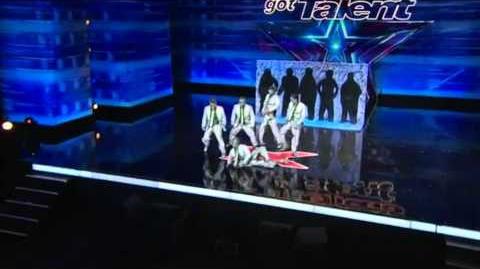 Animation Crew's Judge Cuts performance in Episode 1010 consisted of dancing their popping style to portray a scene where a robotic band comes to life by, all to a modified version of Michael Jackson's "I'll Be There". Guest judge Marlon Wayans and Howie Mandel gave the group standing ovations. The crew's performance was strong enough for the judges to send it to the Quarterfinals instead of Randy Roberts and The Squad. 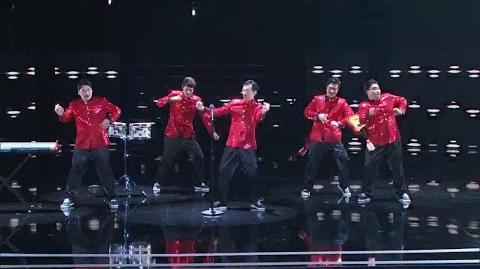 Animation Crew's Week 2 Quarterfinals performance in Episode 1014 consisted of dancing their popping style while portraying video game characters with an arcade theme. Unimpressed with their performance, Howard Stern buzzed the act. Animation Crew did not receive enough votes to be sent to the Semifinals in Episode 1015, eliminating the group from the competition instead of Sharon Irving and The CraigLewis Band. 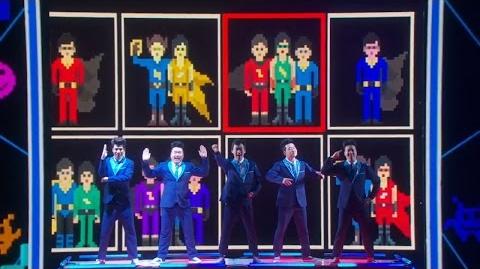 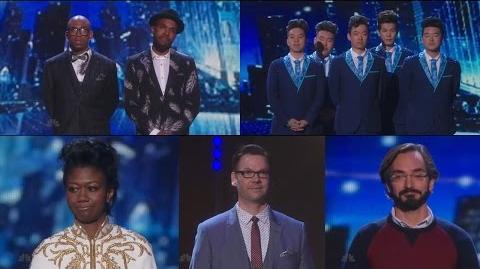