Finalist
At Last was a vocal a capella group act from Season 1 of America's Got Talent. It finished the competition in the Bottom 5 of the Top 10 in the Finals.

At Last, which consisted of Hans Cho, Michael H. Lee, Justin Fong, and DJ Say, has performed with their new old school style called 'hip-hopapella', mixing tight R&B harmonies with hip hop beats. Influenced by the sounds of classic icons such as Stevie Wonder, Al Green, The Temptations and modern day artists Boyz II Men and Alicia Keys, they write, produce and arrange their own music.

Based out of Los Angeles, CA, it was the love of music and singing that brought the four of them together along with the help and vision of actress Ming-Na and producer Eric Zee. They represent the many diverse cultures of Asian-Americans, including Chinese, Korean and Cambodian and all are very proud of their Asian-American heritage. They are also all bilingual.

At Last has appeared in concerts with Justin Timberlake, Destiny's Child and Boyz II Men, and have performed on such noted shows as "It's Showtime at the Apollo", Ed McMahon's "Next Big Star" and "The Wayne Brady Show". They have guest starred on Nickelodeon's top show, "Drake and Josh", and the number 1 show on ABC Family, "Switched Up". At Last also recorded the title track to the Kids WB's animated series, "Krypto the Superdog." 1

At Last's audition in Episode 101 consisted of singing "Ain't No Sunshine" together. Piers Morgan, Brandy Norwood, and David Hasselhoff all voted "Yes," sending the group to the Semifinals. 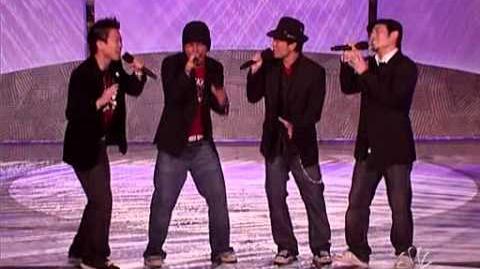 America's Got Talent - At Last 1
Audition

At Last's Week 2 Semifinals performance in Episode 106 consisted of singing "Let's Stay Together" as a group. Piers Morgan, Brandy Norwood, and David Hasselhoff all gave At Last "✓" votes. At Last finished in first place in America's Vote, sending it to the Finals in Episode 107 instead of second-place vote-getter Natasha Le. 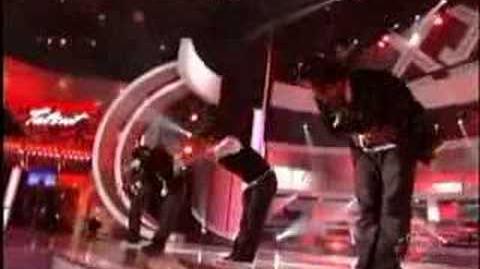 Before its performance, At Last was guided by celebrity coach Chaka Khan. At Last's Finals performance in Episode 114 consisted of singing "Killing Me Softly" as a group, this time with background dancers and drummers. Piers Morgan, Brandy Norwood, and David Hasselhoff all gave At Last "✓" votes. 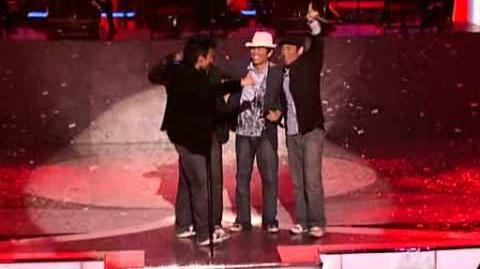 D.J. Say left the band and is pursuing a solo career while the remaining members are now called Tatum Jones.