Quarterfinalist
Beale Street Flippers was an acrobat act from Season 4 of America's Got Talent. It was eliminated in the Quarterfinals.

The Beale Street Flippers, a sports entertainment group from Memphis, Tennessee, perform intense acrobatic routines. Performing since the age of six, Rarecas spearheaded the creation of the group. Most of the Beale Street Flippers are family and grew up together as brothers and cousins. These young athletes have overcome major struggles from the environment in which they were raised and still reside. Even after a serious gunshot wound to the back, Rarecas has led his brothers and cousins to regain focus on the group and convinced them to audition for America's Got Talent. Their inspiration comes from their mother and aunt, Vickie Williams, who has pushed them to become all that they can be. [1]

Beale Street Flippers' audition in Episode 410 consisted of performing multiple series of fast backflips. The performance ended with a feat of one performer performing a backflip over two other members. The acrobats danced to Michael Jackson's "Billie Jean." Piers Morgan, Sharon Osbourne, and David Hasselhoff all voted "Yes", sending the group to the Vegas Round. 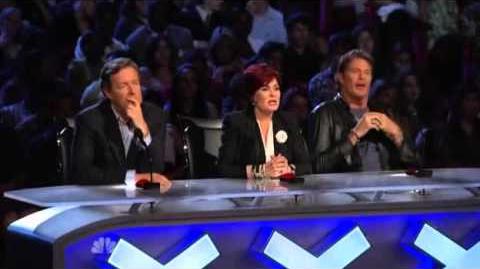 It is unknown whether or not Beale Street Flippers was present during the Vegas Round as the group was never seen, but even if it was, it did not advance to the Quarterfinals during the round.

Beale Street Flippers was one of eight acts given a second chance in the competition after Simon Cowell expressed that he was unhappy with some of the eliminations the judges made. As a result, the group was sent to the Quarterfinals.

Beale Street Flippers' Quarterfinals performance in Episode 415 consisted of performing multiple series of backflips to Flo Rida's "In The Ayer." Piers Morgan buzzed the act after finding the flipping repetitive. Beale Street Flippers did not receive enough votes to be sent to the Semifinals, eliminating the group from the competition in Episode 416 instead of Fab Five. 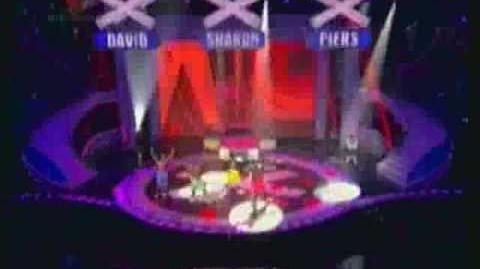