America's Got Talent Wiki
Register
Don't have an account?
Sign In
Advertisement
in: Acts, Accepted Acts, Dancers,
and 7 more

Quarterfinalist
Benjamin Yonattan was a dancer act from Season 10 of America's Got Talent. He was eliminated in the Quarterfinals in the Judges' Choice.

Benjamin Yonattan was born in Guatemala and adopted into a family in the United States when he was four years old. His birth mother came down from the mountainside to ask for help, because his skin was all torn apart from Epidermolysis Bullosa (EB). She didn't know what it was, and she couldn't care for Ben. So he went to live with a foster mom who loved him a lot. People were scared of what he had, with fragile skin that can break from bumping or rubbing.

Ben was really active when he was little, and his parents knew he needed a sport. So when he was five,he started taking ballet. It was the only thing that he could do to exercise that didn't hurt his skin.

In January of 2013, Ben went to the eye doctor. At the University of Michigan hospital, he was diagnosed with Retinal Dystrophy, which meant he would genetically lose his sight. From January to August, he lost all of his side vision. He now only has a 4-degree field of view. He likens the situation to looking through a tiny straw. He is also losing his acuity and am blind by the definition of acuity, too.

At first, he lost almost everything in dance. He couldn't leap or spin. He kept falling and losing his balance on even the little things. With the help of his coach, Valerie Potsos (the University of Michigan Dance Coach, too), Ben learned to feel his body instead of rely on his sight. Kyle Keise and David Curwen, Professor of Dance at Western Michigan University, would help him too.

Benjamin has danced with Young People's Ballet Theater (in Flint, Michigan), the Ohio Conservatory of Ballet, and the Grand Rapids Ballet Junior Company. Ben's message: "Don't let anyone tell you that you're different, that you can't do what you want to do. You can. Follow your dreams, no matter what." [1]

Recently, Benjamin started wearing Google Glass, which helps him to visualize some of his surroundings as shapes. [2]

Benjamin Yonattan's audition in Episode 1002 consisted of a contemporary ballet dance to OneRepublic's "I Lived." Howard Stern, Heidi Klum, Mel B, and Howie Mandel all voted "Yes," sending Benjamin to the Judge Cuts round. 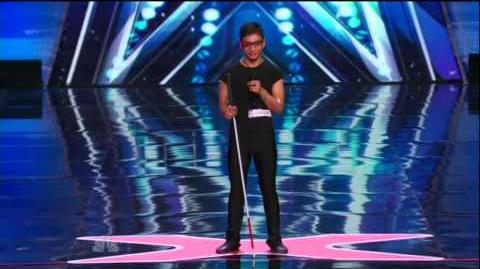 Benjamin Yonattan's Judge Cuts performance in Episode 1009 consisted of dancing to Danny Gokey's "Tell Your Heart To Beat Again." Benjamin's performance was strong enough for the judges to send him to the Quarterfinals instead of DADitude! and Nastasya Generalova. 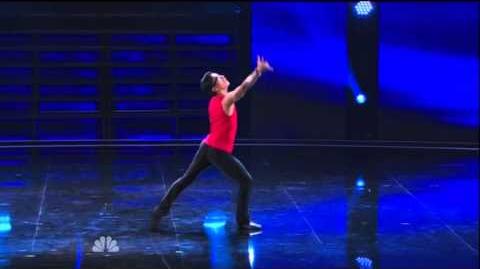 Benjamin Yonattan's Week 3 Quarterfinals performance in Episode 1016 consisted of dancing to Boyce Avenue's "One Life." Heidi Klum, Mel B, and Howie Mandel gave him standing ovations. Benjamin finished in sixth, seventh, or eighth place in America's Vote. In the Dunkin' Save, he received fewer online votes than Gary Vider. In the Judges' Choice, although Heidi Klum voted for him, Howard Stern, Mel B, and Howie Mandel did not, eliminating Benjamin from the competition in Episode 1017 instead of Daniella Mass. 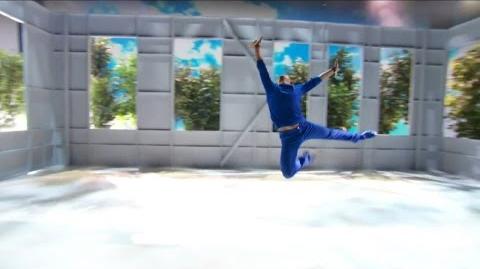 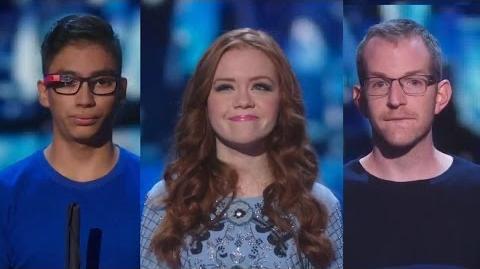