Growing up in Philadelphia, Bianca was known as an exceptional dancer, winning national talent competitions for tap. When she was 8, however, she asked her father to take her to an audition for a television show called Star Search. Bianca’s father asked her, “What are you going to do when we get there?” She said, “I’m going to sing”, to which her father asked, “Do you think you sing well enough to pass the audition?” She replied, "I sing well enough I think.” Her parents were admittedly confused, since she was a seasoned dancer not a singer after all. But Bianca had a secret. Unbeknownst to everyone, she’d been fine-tuning her vocal chops in her bedroom at home, singing along to her fathers prized collection of classic gospel and R&B records.

Bianca’s rendition of “Think” by Aretha Franklin blew the socks off Star Search’s producers and landed her a coveted spot on the show. “I’d never heard her sing like that. I was shocked,” says her dad Shawn.

At that moment Bianca knew she had something unique, something she had to protect and nurture. “My voice is truly a gift from God,” she says. “I needed to take care of it because not everybody gets this opportunity.” She began doing vocal exercises, practicing in the basement of her modest home.

Her father, Shawn, recalls her singing along to the songs of her idols: Celine Dion, Yolanda Adams, Jennifer Holiday, and Selena. “She would sing the Selena songs in Spanish even though she had no idea what they meant,” Shawn says. “It was the cutest thing in the world to listen to.”

Bianca’s next stop was amateur kids night on Showtime at the Apollo. “It was such an honor for me to sing at the Apollo in front of an audience that felt as passionate about this music as I did.” The appearances at the Apollo reinforced her confidence in her ability. Later that year, she also appeared to rave reviews on The Tom Joyner Show. [1]

Bianca Ryan's audition in Episode 102 consisted of singing "And I Am Telling You I'm Not Going." Piers Morgan, Brandy Norwood, and David Hasselhoff all voted "Yes", sending Bianca to the Semifinals. 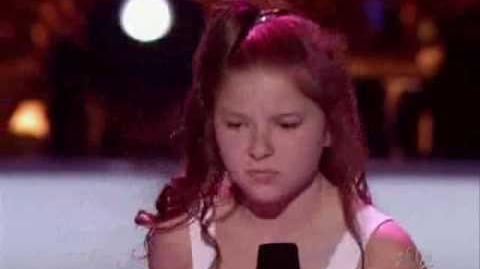 Bianca Ryan's Week 3 Semifinals performance in Episode 108 consisted of singing "Piece of My Heart." Piers Morgan, Brandy Norwood, and David Hasselhoff all gave Bianca "✓" votes. Although the judges disapproved of her song choice, Bianca finished in first place in America's Vote, sending her to the Finals in Episode 109 instead of second-place vote-getter Nathan Burton. 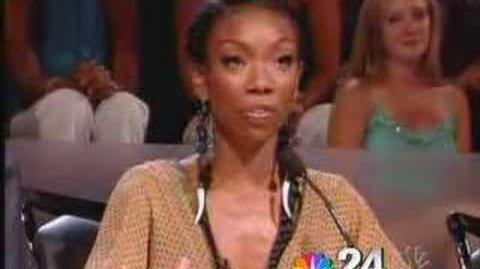 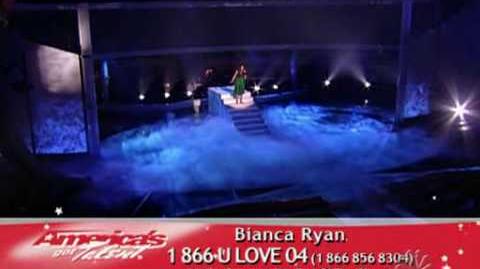 At the finale, it was revealed that Bianca finished in first place in the competition, meaning that she won one million dollars and the title of Winner of Season 1 of America's Got Talent. 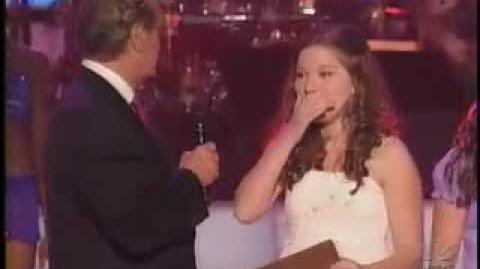 This journey has brought Bianca more fame than she could have ever imagined. Still, she keeps it all in perspective, despite so much success so early in life (she was only 13 years old). “I like to ride my bike, swim, play basketball, and joke around with my brothers and sisters,” she says. Does she ever feel any pressure? “I don’t get nervous at all. Actually, I get excited because I’m living my dream.”

In 2008 she was invited to Japan for Fuji Film's “Super Kids” a program that features gifted young musicians. That same year she started working with music legend Quincy Jones. Quincy Jones invited Bianca Ryan to accompany him to the 2009 SXSW Key Note Speech Address, which featured Ryan and musicial guest Alfredo Rodrigues with their rendition of “God Bless The Child”. That same year Bianca Ryan was invited to Italy for the hit television show “Io Canto” Finale where she did a duet with each of the finalists. Next, Ryan recorded her “True Meaning of Christmas” EP with Fame producer Anthony Marinelli which features Ryan singing a combination of classics and original Christmas songs such as The Christmas Song, Have Yourself a Merry Little Christmas, and When Christmas Comes to Town.

In 2010 Bianca Ryan released her first original song entitle “In My Head” which was inspired by the Twilight Saga: New Moon. She supported the single by appearing on NBC The10 Show! and was a featured summer performer at Donald Trumps' new Atlantic Trump Towers in Atlantic City. That holiday season she had a new Christmas Concert on the TBN Network that featured Bianca Ryan singing songs from her EP. [2]

Bianca Ryan returned for The Champions. Her Preliminary performance in Episode TC01 consisted of singing A Great Big World's "Say Something". Howie Mandel, Mel B, Heidi Klum, and Simon Cowell all gave her standing ovations. It was revealed that the superfans voted her into the Top 3 along with Preacher Lawson and Sofie Dossi. She received more votes than Sofie, however, received less votes than Preacher Lawson, eliminating her from the competition.

Bianca returned in Episode 1412 as a guest performer. She sang Linda Ronstadt's "You're No Good" with Brian King Joseph playing violin while Sofie Dossi did aerial tricks.