America's Got Talent Wiki
Register
Don't have an account?
Sign In
Advertisement
in: Acts, Instrumentalists, Rejected Acts,
and 6 more

Auditions
Billy Bob Steinberg was a instrumentalist from Season 5 of America's Got Talent. He was eliminated in the audition round.

Besides playing music on his "Bicycle Built for Tunes," Billy is a comedian, juggler, magician, and banjoist.

Billy Bob Steinberg's audition in Episode 505 consisted of striking a bicycle with drum sticks to create music that was tuned to one octave of the key of G Major.  Piers Morgan, Sharon Osbourne, and Howie Mandel all buzzed the act. At least two judges voted "No," eliminating Billy from the competition. 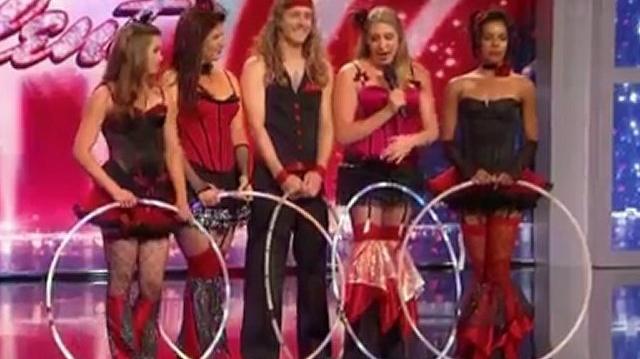