America's Got Talent Wiki
Register
Don't have an account?
Sign In
Advertisement
in: Acts, Season 3 Acts, Rejected Acts,
and 4 more

Bizzaro was a magician act from Season 3 of America's Got Talent. He was eliminated in the audition round.

In a world full of reality TV and lackluster entertainment, Bizzaro, the Optical Illusionist strives to open people’s eyes and prove that "normal" is just the setting on a dryer.

Bizzaro has performed from coast to coast and appeared on FOX, NBC, and the Travel Channel’s Extreme Conventions. He has even been seen at the famed Magic Castle in Hollywood, CA.

From lighting himself on fire to getting attacked by snack chips, a Bizzaro show is unlike anything else in the world. Using various types of music as his frame, he creates a unique picture with visual comedy and off the wall illusions that combine a neo-vaudeville style with silent movie antics.

He has also created much of his own magic that is sold across the world to performers of varying types. The products range from DVDs to one of a kind props. He specializes in fabricating magic for other entertainers and is a creative director and lecturer. 1

Bizzaro's audition in Episode 302 consisted of lighting his pants on fire and "spewing fire" from his pants. Piers Morgan, Sharon Osbourne, and David Hasselhoff all buzzed the act. All three judges voted "No", eliminating Bizzaro from the competition. 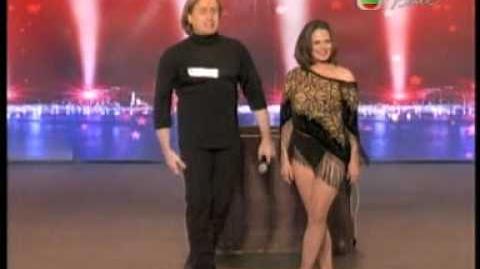