America's Got Talent Wiki
Register
Don't have an account?
Sign In
Advertisement
in: Accepted Acts, Acts, Aerialists,
and 6 more

Brennan Figari was an Aerial Silks act from Season 6 of America's Got Talent. He withdrew from the competition prior to the Vegas Round.

Brennan Figari's audition in Episode 601 consisted of flips and spinning using Aerial Silks. Piers Morgan buzzed the act, and possibly voted "No", but Sharon Osbourne, Howie Mandel voted "Yes," sending him to the Vegas Round. 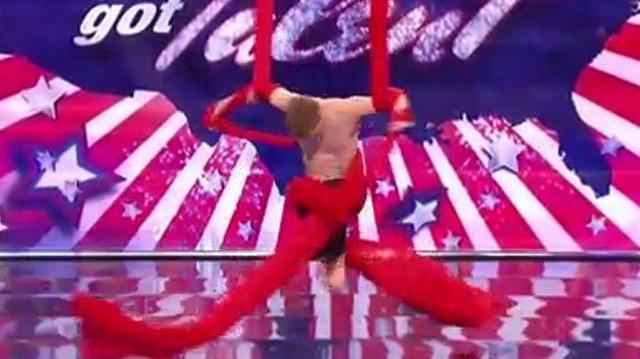 Brennan Figari was signed as an aerialist for the internationally acclaimed Cavalia show, and as a result was unable to compete.

In 2019, Brennan Figari competed on the second season of Ireland's Got Talent, as part of acrobatic group "Flair". They were eliminated in the Semifinals.