America's Got Talent Wiki
Register
Don't have an account?
Sign In
Advertisement
in: Acts, Accepted Acts, Instrumentalists,
and 16 more

3rd Place; Preliminaries
Brian King Joseph was an electric violinist act from Season 13 of America's Got Talent. He finished the competition in 3rd place. Brian returned for AGT: The Champions 2 where he was eliminated in the Preliminaries in the Judges' Choice.

Brian King Joseph is more than just your typical jaw-dropping phenomenal performer. Nicknamed "The King of Violin", BKJ is the Revolutionary Electric Violinist of the 21st Century. A self-taught and self-produced Master of his own craft, the rebellious prodigy seeks to Change the game; bringing a unique, refreshing, modern exciting twist on the timeless instrument. While many of us can get lost in the new digital age of music, BKJ is keeping real music alive. His unmatched skill, speed and phenomenal chops have wowed the Internet, gaining over 15 million views worldwide within the first year.

A Washington DC Native, BKJ has made a name for himself in the music scene since the age of 4. He has performed with major touring acts such as George Clinton & P Funkadelics, Machine Gun Kelly, He has toured the country with his charting Reggae band Lucky Dub, were personally requested to perform for the Mayor of DC and Supreme Court Justice Sotomayor. He has appeared on hit TV shows such as "MTV Real World" and several commercials. In 2012, he was offered a Full Presidential Scholarship at the prestigious Berklee College of Music in Boston, MA.

BKJ was the catalyst and first winner of MTV's latest Music Competition, "Cover of The Month". After receiving over 26 Million claps (likes) within a one-month period, BKJ was personally selected by Mike Posner as the Winner and described as - "a beast [on violin]" -

Brian King Joseph composes and produces all of his music independently. [1] 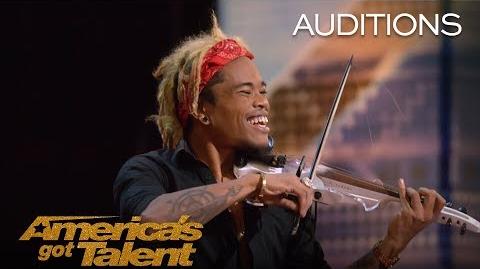 Brian King Joseph's Judge Cuts performance in Episode 1310 consisted of playing Coldplay's "Something Just Like This" on the electric violin. His performance was strong enough for the judges to send him to the Quarterfinals instead of NUNNABOVE and Street Drum Corps. 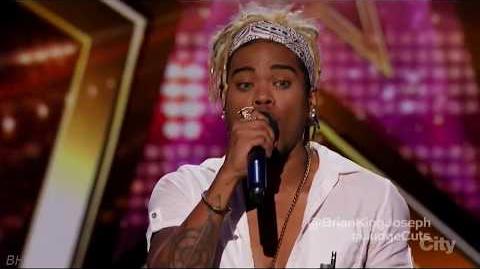 Brian King Joseph's Week 3 Quarterfinals performance in Episode 1315 consisted of playing "Centuries" by Fall Out Boy on the electric violin backed by a quartet of dancers. Howie Mandel, Mel B, Heidi Klum, and Simon Cowell all gave him standing ovations. Brian received enough votes to advance to the Semifinals in Episode 1316 instead of Joseph O'Brien. 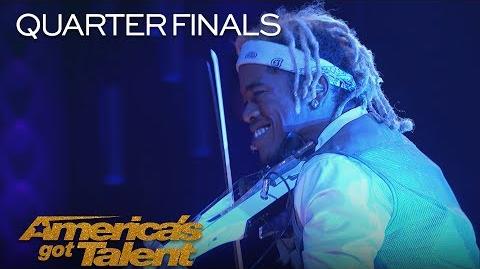 Brian King Joseph's Week 2 Semifinals performance in Episode 1319 consisted of playing "Gangsta's Paradise" by Coolio on the electric violin. Howie Mandel, Mel B, Heidi Klum, and Simon Cowell all gave him standing ovations. Brian received enough votes to advance to the Finals in Episode 1320 instead of Angel City Chorale. 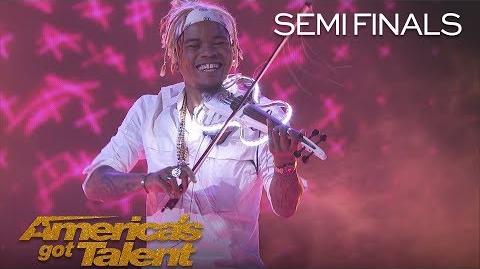 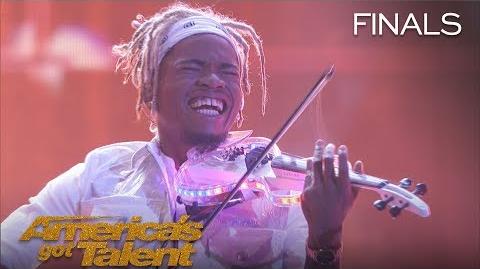 For the finale in Episode 1322, Brian King Joseph performed a duet of "Roundtable Rival" with Lindsey Stirling, as Duo Transcend performed tricks on the trapeze. He received enough votes to advance to the Top 5 instead of Glennis Grace. Brian finished the competition in 3rd place, ahead of Samuel J. Comroe and Michael Ketterer, but behind Shin Lim and Zurcaroh. 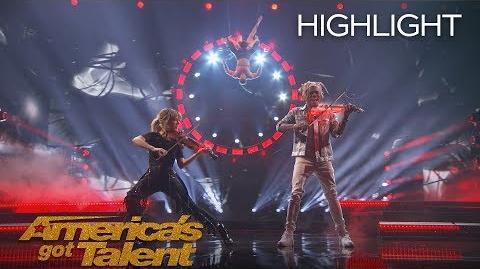 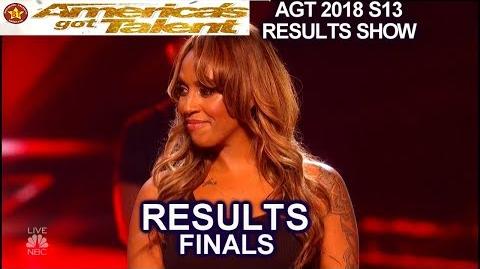 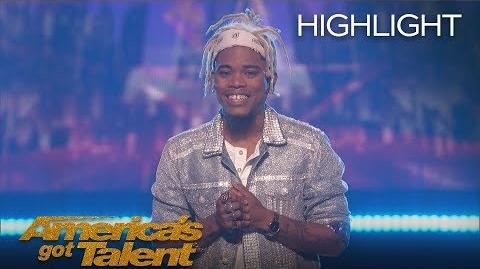 Brian King Joseph's Preliminary performance in Episode TC204 consisted of playing his original song called "Spark" on the electric violin.  Howie Mandel, Alesha Dixon, Heidi Klum and Simon Cowell all gave him standing ovations. Brian finished in 3rd, 4th or 5th place in the Superfan Vote. In the Judges' Choice, he received only one vote from Alesha Dixon, eliminating him from the competition along with Christian Stoinev instead of JJ Pantano.

Brian returned in Episode 1412 as a guest performer. He performed Linda Ronstadt's "You're No Good" with Bianca Ryan singing while Sofie Dossi did aerial tricks.  He came back in Episode 1422 to duet with Tyler Butler-Figueroa, performing Ariana Grande's "7 Rings".