Judge Cuts
Brittney Allen was a singer/pianist act from Season 10 of America's Got Talent. She was eliminated in the Judge Cuts.

Brittney Allen grew up in Smiths Station, Alabama. As a child,he always looked up to her dad, who had been in a band for over 20 years; she aims to follow in his footsteps. Unfortunately, she struggles with stage fright. Her finance Will serves as infantry in the Marines. She is a retail worker.

Brittney Allen's audition in Episode 1005 consisted of singing her rendition of The Calling's "Wherever You Will Go" while playing the piano. Unfortunately, Brittney stumbled in the middle of the performance. The judges opted to give her a second chance, one with which she avoided other mistakes. Although Howard Stern voted "No," Heidi Klum, Mel B, and Howie Mandel voted "Yes," sending Brittney to the Judge Cuts round. 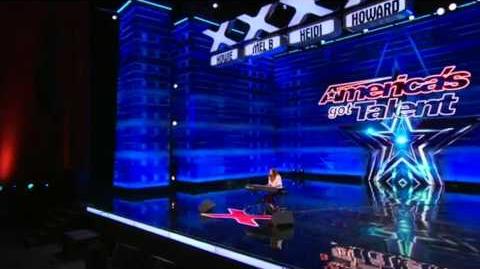 Brittney Allen's Judge Cuts performance in Episode 1010 consisted of singing Alex Clare's "Too Close," this time without a piano. Brittney's performance was not strong enough for the judges to send her to the Quarterfinals, eliminating her from the competition along with Johnny Shelton, instead of Benton Blount. 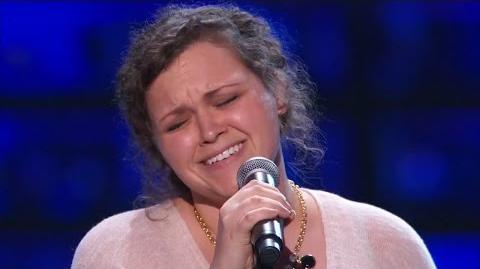 Brittney appeared on the eighteenth season of The Voice and defaulted to John Legend's team, she was eliminated in the Battle Rounds.