America's Got Talent Wiki
Register
Don't have an account?
Sign In
Advertisement
in: Acts, Male Singers, Instrumentalists,
and 6 more

Judge Cuts
Brody Ray was a singer and guitarist from Season 13 of America's Got Talent. He was eliminated in the Judge Cuts.

Brody Ray, a Kearney, NE native, is now living in Nashville, TN, and working hard to make his dreams become a reality. The Nashville recording artist has released his first EP worldwide with a new Alternative Rock sound that’s full of life and energy. The EP was written and recorded on Music Row in Nashville, TN and produced by Ben Flanders.

Ever since Brody could remember, music has played a major role in his life. Brody learned his first guitar strum pattern from his mother and started taking guitar and cello lessons at age 8. These were only some of the things his parents supported him in doing at such a young age.

Brody’s life started out different from most. Brody born female, knew that his body didn’t match what he felt on the inside, as young as a toddler. Brody’s mother remembers him kicking the back of her seat in the McDonald’s Drive Thru until he got the boy toy in his happy meal, and jumping around in diapers and cowboy boots with a guitar singing at the top of his lungs, doing all the things boys did.

As Brody got older, his love for music grew, as well as his desire to become the man he always felt he was on the inside. He worked towards a music business degree at the University of Nebraska at Kearney, but after 3 and a half years, something struck him and he knew that it was time to make some serious changes in his life if he was ever going to be happy. Brody dropped out with a semester left until graduating and started his transition to male and focusing on making his dreams of being a performer a reality. Brody got the top surgery and hormones he needed to complete the male image he had always seen himself having. During this process, TLC got in contact with Brody and they captured some of his most trying times going through this journey to become who he was inside, struggling with relationships, hormones, surgeries and family. Brody’s episode was featured on a show called Strange Sex, on May 8th 2011 and they named his episode “Right Guy, Wrong Body”. You can find his episode still airing on the Oprah Winfrey Network, Discovery Fit and Health, TLC, Netflix, and YouTube.

Shortly after the airing of the episode, Brody lost his voice while his body was adjusting to the testosterone injections once a week. Brody worked day and night on recovering his singing ability and is now able to sing and sound like he's always imagined sounding with a deeper more manly voice. He then auditioned for American Idol, making it through 4 auditions and earning a chance to sing in front of the celebrity judges, Jennifer Lopez, Steven Tyler and Randy Jackson. Over the last several years, Brody had put together several bands, started writing and recording music with his new and deeper voice that fit him better than ever, giving him the confidence to keep auditioning for as many opportunities anywhere he could. Brody audition for the Voice and made it to the Blind Auditions for season 7 but was unable to make it to LA, then for Idol again singing for Jennifer, Keith Urban and Harry Connick Jr. At the beginning of 2018, Brody auditioned for America's Got Talent, earning a chance to sing in front of the Celebrity judges Howie Mandel, Mel B, Heidi Klum and Simon Cowell who said it was "The audition to remember". His performances aired in June 2018.

Brody has traveled to Belgrade, Serbia 4 times with Family members, completing 4 separate bottom surgeries and now has the complete male body to match the man Brody has always been inside. He also speaks, advocates and educates for the LGBT community, sharing his stories of transitioning, hormones effecting everything, surgeries in Belgrade Serbia and the struggles faced in everyday life. He speaks on College Campuses, for Law Reviews in South Dakota, Counseling Conferences across Nebraska and for TV and News papers locally.

Brody has been traveling and performing all over the U.S. and Canada singing at some of the nations largest Pride Festivals. Festivals include: Palm Springs Pride, CA opening for Berlin and Terri Nun. Ottawa, Ontario Canada Pride both with turnouts of over 20,000. Kalamazoo MI Pride twice, Rainbow Pride in Spokane WA, Roanoke, VA Pride twice, sharing the stage with cast members for the hit TV show Glee, Mid-South Pride in Memphis, TN, Heartland Pride in Omaha, NE, Kearney, NE Pride and Milwaukee, Wisconsin's PrideFest twice. [1]

Brody Ray's audition in Episode 1305 consisted of singing Jordan Smith's "Stand in the Light" while playing the guitar. Howie Mandel, Mel B, Heidi Klum, and Simon Cowell all voted "Yes", sending him to the Judge Cuts. 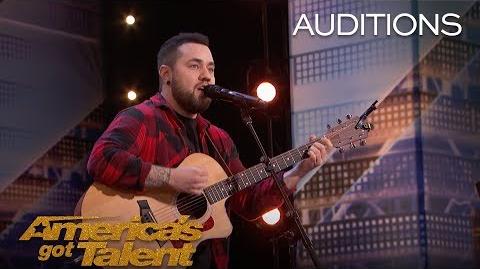 Brody Ray's Judge Cuts performance in Episode 1310 consisted of singing "Wake Your Dreams", an original song, while playing the guitar. His performance was not strong enough to advance to the Quarterfinals, eliminating him from the competition. 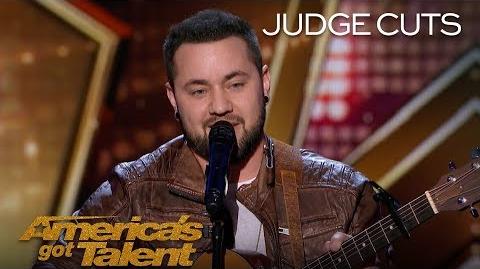