America's Got Talent Wiki
Register
Don't have an account?
Sign In
Advertisement
in: Acts, Accepted Acts, Female Singers,
and 11 more

View source
watch 01:16
Who is Celine Tam?
Do you like this video?
Play Sound

Semifinalist
Celine Tam was a singer act from Season 12 of America's Got Talent. She was eliminated in the Semifinals.

Celine is a nine-year-old female singer from Hong Kong. Both she and her sister Dion were named after the Canadian singer Celine Dion. At just three years old, she began her vocal lessons with her dad. She has performed at events all over the world, and she made appearances on both national Chinese and American television, not to mention that she has won eight championships in one year a few years ago.[1]

Celine competed on Season 10 of Britain's Got Talent, her audition was not televised despite she proceeded past the audition but did not enter the live shows. [2] She was also on Little Big Shots with Jeffrey Li after their duet of You Raise Me Up went viral in 2015.

Celine Tam's audition in Episode 1204 consisted of singing Celine Dion's "My Heart Will Go On." Howie Mandel, Mel B, Heidi Klum, and Simon Cowell all voted "Yes," sending Celine to the Judge Cuts. 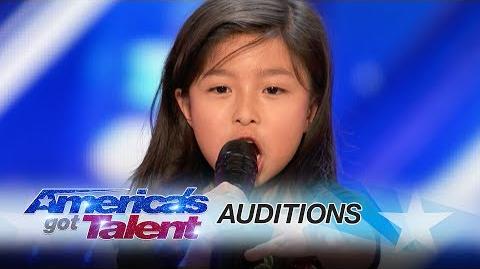 Celine Tam's Judge Cuts performance in Episode 1209 consisted of singing Michael Bolton's "How Am I Supposed to Live Without You." Impressed with the performance, Laverne Cox pressed her Golden Buzzer for Celine, sending her straight to the Quarterfinals.

Celine Tam's Week 2 Quarterfinals performance in Episode 1213 consisted of singing Whitney Houston's and Mariah Carey's "When You Believe." Heidi Klum gave her a standing ovation. Celine received enough votes to advance to the Semifinals in Episode 1214 along with Merrick Hanna over Mirror Image. 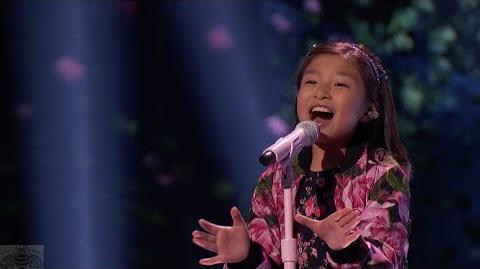 Celine Tam's Semifinals performance consisted of singing "How Far I'll Go" from Moana. Heidi Klum gave her a standing ovation. Celine did not receive enough votes to advance to the Finals in Episode 1220, eliminating her from the competition along with The Pompeyo Family instead of Mandy Harvey. 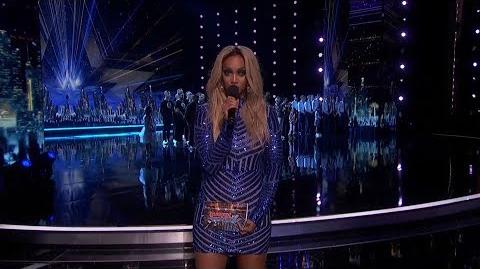 In 2019, Celine competed on the World's Got Talent special held in China. She received a Golden Buzzer, which sent her to the Top 8. She did not make the Top 2.