Judge Cuts
Charles and Rose was a singer and dancer duo act from Season 11 of America's Got Talent. They were eliminated in the Judge Cuts.

Charles and Rose are from Mountain View, California. They met each other at bereavement counseling, where they were kicked out because they had been "talking" and the counseling was not a "dating service." Charles works in the United States Postal Service, and Rose is a makeup artist. Charles and Rose had been married four years by their audition.

Charles and Rose's audition in Episode 1101 consisted of Rose dancing while Charles sang Elvis Presley's "Viva Las Vegas". Heidi Klum buzzed the act. After the performance, the duo performed two encores because Simon Cowell was entertained by Rose's dynamic dancing. Although Heidi voted "No," Howie Mandel, Mel B, and Simon voted "Yes," sending the duo to the Judge Cuts. 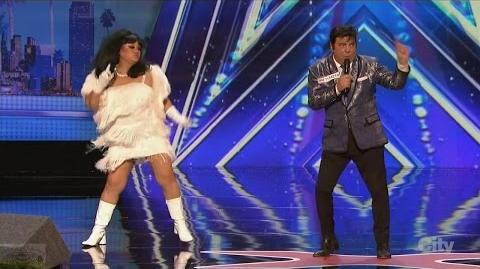 Charles & Rose's Judge Cuts performance in Episode 1109 consisted of Rose dancing and disrobing while Charles sang a Spanish version of Ricky Martin's "Livin' la Vida Loca". Heidi Klum buzzed the act, but Howie Mandel and Simon Cowell gave the duo standing ovations. Charles & Rose's performance was not strong enough for the judges to send them to the Quarterfinals, eliminating the duo from the competition along with José and Carrie, instead of Alla and Daniel Novikov. 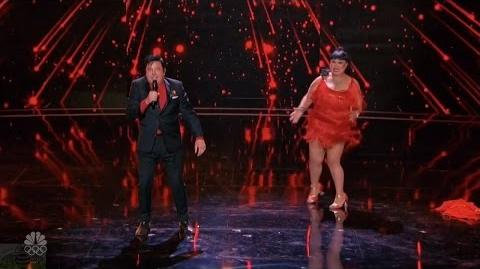