Quarterfinalist
Charles DeWayne was a singer/pianist act from Season 4 of America's Got Talent. He was eliminated in the Quarterfinals in the Judges' Choice.

Charles DeWayne Dorsey, Jr. is from La Verne, California. Not only a singer-songwriter, but also an actor, voice over talent, saxophonist, drummer, pianist & overall "Renaissance Man.

Charles Dewayne appeared in the last season of Nickelodeon's iCarly. His hit "Is it Love" was Grand Prize Winner in the 18th Annual Billboard World Starmaker Contest. "Holdin' On" caught Runner-Up in the Gospel Category. At the World Championships of Performing Arts Charles DeWayne picked up "Best Overall Male Dramatic Actor."​

Charles DeWayne has performed at a wide variety of venues ranging from the House of Blues on Sunset Strip, The Seoul Theological University Conference in Seoul, Korea and many other festivals and events across the Southern California Area. In the effort of fine-tuning these many talents, Charles has received his Bachelors of Fine Arts Degree from the California Institute of the Arts (CalArts) located in Valencia, Ca. [1] 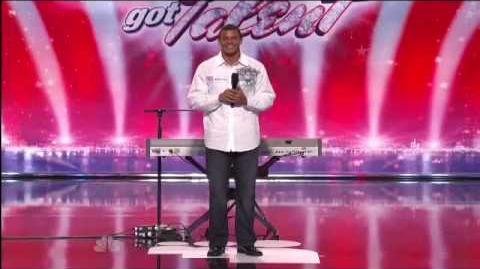 Charles DeWayne Dorsey appeared without performing in the Vegas Round. His audition was strong enough for the judges to send him to the Quarterfinals in Episode 412.

Charles DeWayne's Quarterfinals performance in Episode 415 consisted of singing Bill Withers' "Just the Two of Us" while playing the piano. Charles finished in fifth or sixth place in America's Vote. In the Judges' Choice, although Piers Morgan voted for him, Sharon Osbourne and David Hasselhoff did not, eliminating Charles from the competition in Episode 416 instead of Tony Hoard & Rory. 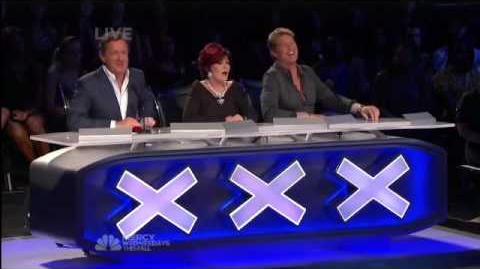 Charles provided the voice as Demo in the DreamWorks animated series Trolls: TrollsTopia on Hulu and Peacock.