Judge Cuts
Chris Jones was a hypnotist act from Season 10 of America's Got Talent. He was eliminated in the Judge Cuts.

A Chicago-native, Chris Jones took a roundabout way to becoming a performer on the college market. A nationally ranked athlete in college, he studied Sociology and Psychology claiming himself to be a “social engineer with deviant motives.” He was a Resident Assistant for three years and used magic as a means of connecting with students living in the hall.

After years of performing only magic and stand-up comedy at weddings, bars and smoky nightclubs, chrisjones realized he wanted “to learn some new tricks.” While in graduate school, he became fascinated with the art of hypnosis and found the missing piece of his show. Performing three shows a week while obtaining a Masters studying Therapeutic Recreation, he tirelessly analyzed every second of his show to find the perfect balance of conjuring, psychology, comedy and suggestion. Physically living on university campuses for seven years gave Chris the unique opportunity to roll out of bed (in the “dorms”) everyday and practice hypnosis and close up magic for real and unbiased audiences. [1]

Chris Jones' audition in Episode 1001 consisted of hypnotizing Howie Mandel, a germaphobe, such that he shook hands with both Chris and the other judges. Howard Stern buzzed the act when he felt Chris was taking too much time setting up the act, but he later apologized for his buzz. Howard, Heidi Klum, and Mel B all voted "Yes," sending Chris to the Judge Cuts round. Howie didn't know whether to vote or not, but Howard insisted that he didn't need to stating "Once you've seen the playback you're going to kill him anyways, so it doesn't matter." 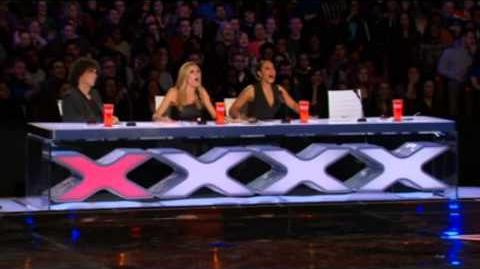 Chris Jones' Judge Cuts performance in Episode 1009 consisted of attempting to hypnotize Mel B and Michael Bublé. Unfortunately, his attempt did not appear to work, so Howard Stern buzzed the act for the second time. Chris' performance was not strong enough for the judges to send him to the Quarterfinals, eliminating him from the competition along with Wes Barker, instead of Uzeyer Novruzov. 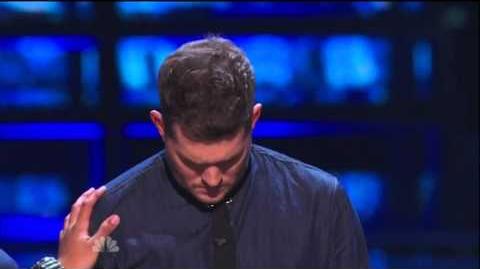