Semifinalist
Christina Wells was a singer from Season 13 of America's Got Talent. She was eliminated in the Semifinals.

Christina Wells is a mother of two children from Houston, Texas. Christina is a Registered Nurse by day and a singer by night.

When she was 19 years old, she auditioned to be a singer at a theme park, and got a standing ovation from everyone else who auditioned, but did not make the final cut, due to her weight.

She was crowned Pride Superstar at the 2016 Houston Pride Festival after singing the Hairspray song “I Know Where I’ve Been” which is performed by the character Motormouth Maybelle. (She and Jennifer Hudson have played the role before.) Christina is also a seamstress. [1]

Christina Wells' audition in Episode 1302 consisted of singing "I Know Where I've Been" from Hairspray. Howie Mandel, Mel B, Heidi Klum, and Simon Cowell all voted "Yes", sending her to the Judge Cuts. 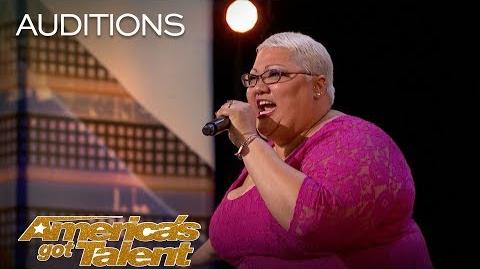 Christina Wells' Judge Cuts performance in Episode 1307 consisted of singing "Never Enough" from The Greatest Showman. Howie Mandel, Mel B, Heidi Klum, Simon Cowell and guest judge Ken Jeong all gave her standing ovations. Although the judges pointed out there were some moments where she sang off-key, her performance was strong enough for the judges to send her to the Quarterfinals. 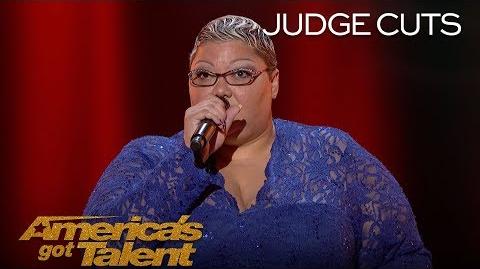 Christina Wells' Week 3 Quarterfinals performance in Episode 1315 consisted of singing "I Am Changing" from Dreamgirls. Howie Mandel, Mel B, Heidi Klum and Simon Cowell all gave her standing ovations. Christina received enough votes to advance to the Semifinals in Episode 1316 along with Michael Ketterer instead of Rob Lake. 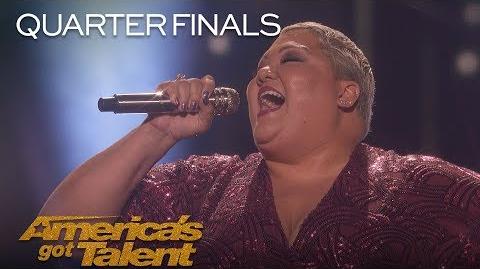 Christina Wells' Week 2 Semifinals performance in Episode 1319 consisted of singing "(You Make Me Feel Like) A Natural Woman" by Aretha Franklin. Heidi Klum gave her a standing ovation. Christina did not receive enough votes to advance to the Finals in Episode 1320, eliminating her from the competition along with Noah Guthrie instead of Courtney Hadwin.

On December 31, 2018, Christina announced on social media she quit her job as a registered nurse and pursued singing full time.