Cliff Cobblestone was a stand-up comedian from Season 13 of America's Got Talent. He was eliminated in the audition round.

Cliff Cobblestone is played by actor and comedian Mark Sipka. Mark Sipka is a kid in a suit who acts and does comedy in LA. He loves eating Little Debbie snacks and cries during movies about dogs or football. He is the host of the live variety show Mark Sipka’s Comedy Revue. Soon he will be premiering a one hour stand-up special, Mark Sipka: My Special Family Special, which is filled with jokes and stories he told about his family with them on stage. Mark recently starred in the Netflix digital series, The Couple, as well as in Fullscreen's Jay Versace is Stuck in the 90s. [1]

Cliff Cobblestone's audition in Episode 1305 consisted of telling jokes, such as comparing the Kardashians to palm trees, saying that they look pretty in pictures, but they don't have a purpose. The verdict was not televised, but Mel B and at least one other judge voted "No", eliminating him from the competition. 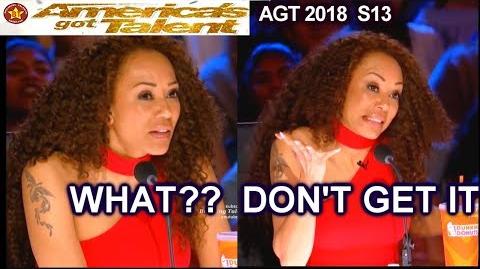 Retrieved from "https://agt.fandom.com/wiki/Cliff_Cobblestone?oldid=119975"
Community content is available under CC-BY-SA unless otherwise noted.