Judge Cuts
Cliff Ryder was a B.A.S.E. jumper act from Season 10 of America's Got Talent. He was eliminated before the Judge Cuts.

Cliff Ryder has been B.A.S.E. jumping & skydiving for over 15 years. He has traveled the world jumping some of the sport’s most coveted objects for media, demos, events & adventure. He is sponsored by WholeBody Green.

Known for his expertise in coordinating and executing high profile building jumps, Cliff has been involved in film and television projects globally. He has also changed the way jumpers look at low fixed object exits by creating new rapid deployment techniques. These techniques have become a standard in B.A.S.E. jumping today. He currently lives in Malibu, California. [1]

Cliff Ryder's audition in Episode 1004 consisted of B.A.S.E. jumping off of a helicopter 3000 feet in the air and reaching a top speed of 120 miles an hour. He then deployed his parachute and landed near the judges. Howard Stern, Heidi Klum, Mel B, and Howie Mandel all voted "Yes," sending Cliff to the Judge Cuts round. 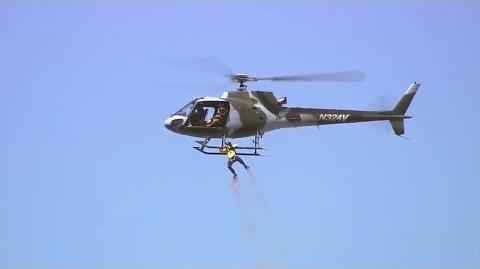 Cliff Ryder did not perform in the Judge Cuts round, meaning he either withdrew or was cut by the judges before this stage of the competition.