Cody Carter was a baton twirler act from Season 11 of America's Got Talent. He was eliminated in the Judge Cuts.

Cody Carter is a baton twirler from Phoenix, Arizona. At the 2015 WFNBTA World Championships in Italy, Cody was the Jr. Men’s Two-Baton Gold Medalist and Rhythmic Twirl Silver Medalist.

Cody’s twirling story began at the age of seven while attending junior golf classes at a local golf course... While the other students were hitting golf balls, Cody realized that he liked to twirl his 7-iron! During the seven plus years that Cody has been twirling, he has competed in 67 competitions comprised of local, state, regional, national, and world championships. He is currently preparing to qualify for the 2018 WFNBTA World Championships in Norway. [1] 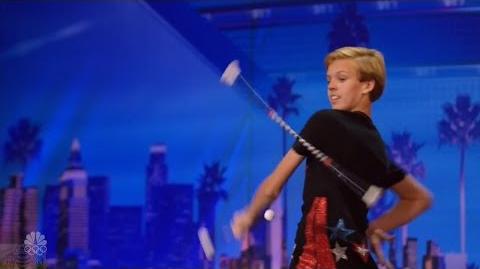 Cody Carter's Judge Cuts performance in Episode 1108 consisted of twirling an juggling flaming batons. Howie Mandel and Mel B gave him standing ovations. Cody's performance was not strong enough for the judges to send him to the Quarterfinals, eliminating him from the competition along with Erik Cavanaugh, instead of Vello Vaher. 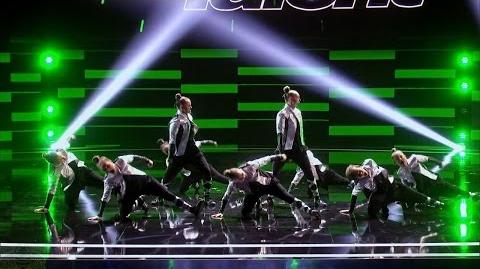 Retrieved from "https://agt.fandom.com/wiki/Cody_Carter?oldid=85114"
Community content is available under CC-BY-SA unless otherwise noted.