Cody Joe Tillman was a singer and guitarist act from Season 5 of America's Got Talent. He was eliminated in the Vegas Round.

Cody Joe Tillman, who has been singing “since he was old enough to talk,” watched his father play guitar at home, played in the church band and spent considerable time with his cousin, Mike "Mo" Land, who was in two different Southern Rock bands (Second Helping and Justin Time). Picking up the guitar at 12, Tillman penned his first song at the age of 15. “Of course it was about a girl, aren’t they all,” he says with a laugh. “I was playing in my room with some friends and my mom came in and asked who wrote the song. She didn’t believe any of us when we told her it was me.”

Taking note of his talent, an uncle enrolled him in New School for the Arts in Arizona. While others played in bands, Tillman went at it alone winning a talent show playing acoustically. Joining the Army later, he played for comrades in Iraq and won more than a talent show; Tillman is a decorated veteran, put in for a bronze star and receiving an Army Commendation Medal with Valor Device.

Returning home a changed man, Tillman went through rough times personally. As his marriage fell apart, he lashed out for a period of time by turning to fighting and drugs before a musical reprieve put him back on track. Loaded with inspiration, Tillman’s struggles came to life through music and he became the voice of two bands, BLOWN and DRIVEN. Signed to an indie label in Austin, BLOWN shared the stage with Bob Schneider and Push Monkey and made numerous appearances on Austin’s Infynit Hour TV Program. When that didn’t pan out, he returned to Houston, where good friend "Mean" Gene Kelton (Texas Blues Hall of Fame member) introduced Tillman to his sons, Sid and Jamie, who joined forces to form DRIVEN.

Tillman moved from the harder rock of his previous bands on to a melodious, refined style that compliments his unique vocal abilities. Surmising lyrics that are subliminal yet subtle, he is brutally honest adding in sarcasm and hilarity for good measure while his truths are told in a style shadowing the legends of his influences: Scott Wieland (Stone Temple Pilots), Layne Staley (Alice In Chains), Chris Cornell (Soundgarden & Audioslave) and Jim Morrison.

Tillman’s musical history, which is filled with many hits and misses, has now spelled him as the leader of The Wicked Truth and while he admits that, “finding band mates with the same goals and vision was hard,” he is confident about where they are headed. 1

Cody Joe Tillman's audition was never televised, but it consisted of singing "House of the Rising Sun". At least two judges voted "Yes," sending him to the Vegas Round.

Cody Joe Tillman was one of the Standby Acts in the Vegas Round. He was sorted into the "Male Singers" category. His performance in Episode 512 consisted of singing "Days Go By" while playing the guitar. His audition was not strong enough for the judges to send him to the Quarterfinals, eliminating him from the competition along with Kevin Colis and Justin Hopkins. 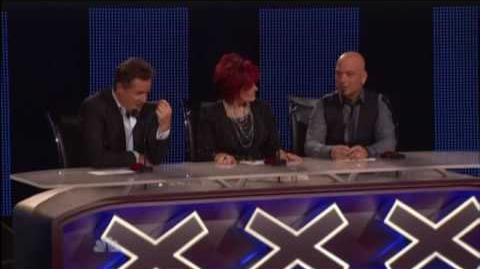 Retrieved from "https://agt.fandom.com/wiki/Cody_Joe_Tillman?oldid=103731"
Community content is available under CC-BY-SA unless otherwise noted.