Semifinalist
Corina Brouder was a singer/harpist act from Season 1 of America's Got Talent. She was eliminated in the Semifinals, but she returned for the Wild Card Show, where she was eliminated again.

Corina Brouder was born in The Bronx, New York City. As a child, her sister, Christina, spent some time in hospital after a hit and run incident, and Corina and her other siblings started entertaining her recovering sister and the other children in the ward. Eventually the family found themselves in demand to perform at similar venues, and, calling themselves The Spirits of Gilbride, began performing professionally. The group consists of Corina, Christina, Cornelia, Neil and Mary Catherine.

Corina and Cornelia do most of the singing and between them the band play keyboards, violin, harp, guitar, drums, tin whistle, bagpipes and accordion. They have performed at the White House, Radio City Music Hall, Disney World, the Trump Plaza, Waldorf Astoria, Lincoln Center, Rideau Hall, Yankee Stadium and at concerts and festivals in other parts of the United States, as well as in Ireland and many parts of Europe. The group released an album, two videos and singles for Universal Music, and sang the title track on the European version of The Little Vampire (2000) soundtrack album. Brouder was discovered by legendary "007" composer John Barry and sang "To Love and be Loved" on his Swept from the Sea (1997) soundtrack with lyrics by Tim Rice.

She started performing more frequently on her own, often accompanying herself on harp or keyboards, and visited Ireland in 2004 to promote her single, "Another Day", which was recorded in New York City with Swedish Producer Johan Brunkvist. The "B" side, "Change", was written by Brouder and remixed by Grammy-winning producer Joe Hogue. It proved very popular on radio in Ireland, and her previous single, "Feel for You", made the charts there. Brouder auditioned for 2004's Waterford segment of You're a Star - she has strong Irish connections through her maternal grandparents who hail from Leitrim and Cavan, and her father, who is from Athea in County Limerick. Corina attended the prestigious Fiorello H. LaGuardia High School of Music & Art and Performing Arts. [1] 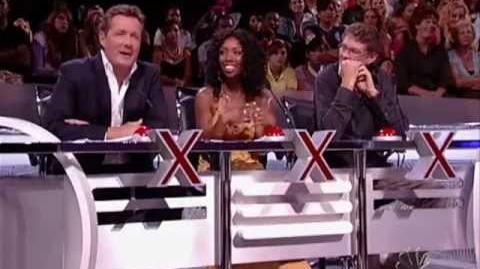 Corina Brouder's Semifinals performance in Episode 104 consisted of singing and playing the harp to "Knockin' On Heaven's Door." Although Brandy Norwood gave Corina an "X" vote, Piers Morgan and David Hasselhoff both gave Corina "✓" votes. Corina did not receive enough votes to finish in at least second place in America's Vote, eliminating her from the competition in Episode 105 instead of All That! and Taylor Ware. 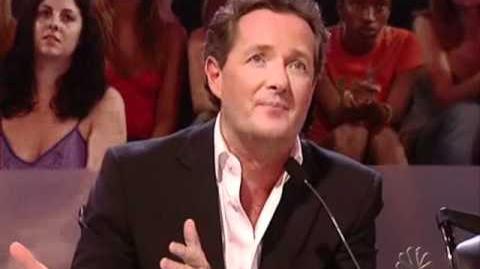 Corina Brouder was brought back by David Hasselhoff for the Wild Card Show. Her performance in Episode 112 consisted of singing "Can't Help Falling in Love" while playing both the harp and the piano. In addition, her sister joined her on stage as a background singer for the first time. Piers Morgan, Brandy Norwood, and David Hasselhoff all gave her "✓" votes. Corina did not receive enough votes to finish in at least second place in America's Vote, eliminating her from the competition in Episode 113 again instead of David & Dania - Quick Change and Nathan Burton. 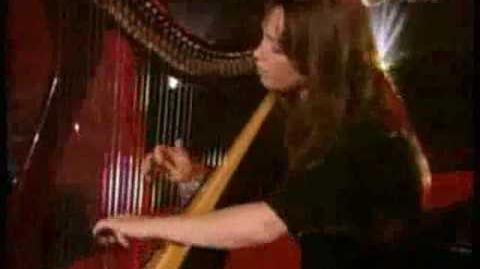