Judge Cuts
D.J. Demers was a stand-up comedian act from Season 11 of America's Got Talent. He was eliminated in the Judge Cuts.

D.J. Demers is an award-winning stand-up comedian. He has performed stand-up on Conan and was the winner of the 2014 Homegrown Comics Competition at the prestigious Just For Laughs festival in Montreal. After winning the competition, D.J. was invited to perform at a TV taping, the first time that has happened in festival history.

D.J. was also a featured performer at Toronto's JFL42 comedy festival in 2014, the winner of the 2013 Toronto Comedy Brawl, was a finalist in NBC's Stand-up for Diversity, and won 'Best Breakout Artist' at the 2015 Canadian Comedy Awards.

D.J. Demers' audition in Episode 1102 consisted of joking about watching movies with subtitles on because he wears hearing aids and playing around with whether he was gay or not after mentioning he had broken up with his "partner." Howie Mandel, Mel B, Heidi Klum, and Simon Cowell all voted "Yes," sending D.J. to the Judge Cuts. 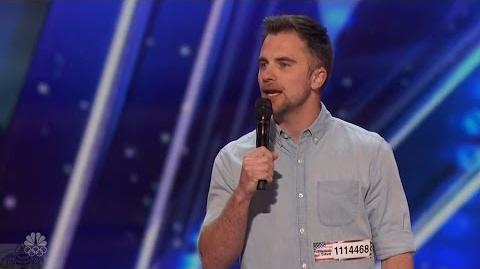 D.J. Demers' Judge Cuts performance in Episode 1110 consisted of joking about his having to take out his hearing aids during pool parties. D.J.'s performance was not strong enough for the judges to send him to the Quarterfinals, eliminating him from the competition instead of Viktor Kee. 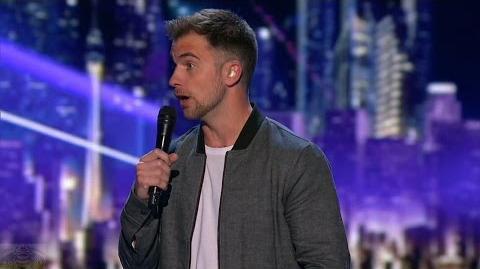