Semifinalist
Da RepubliK is a dance group act from Season 13 of America's Got Talent. It was eliminated in the Semifinals.

Da Republik is a Dance Crew based in the Dominican Republic created by the married dancers Larybel and Jonathan Castillo. They are the reigning World Hip Hop SubChampions at the moment. The crew is formed by a group of best friends that have managed to live their passion by focusing on opportunities and not on the obstacles they have had to overcome coming from DR, where there is no such thing as the “American Dream” or many opportunities. [1] 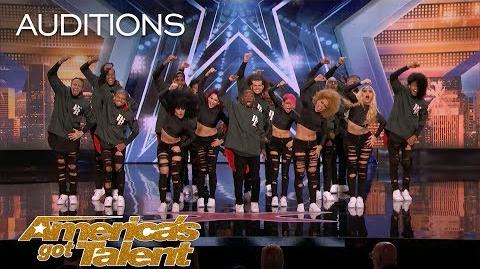 Da RepubliK's Judge Cuts performance in Episode 1310 consisted of dancing to Jason Derulo's "Swalla" and George Kranz's "Din Daa Daa." Howie Mandel, Mel B, Heidi Klum, and guest judge Chris Hardwick gave them standing ovations. Their performance was strong enough for the judges to send them to the Quarterfinals. 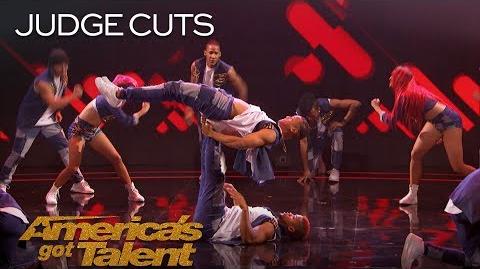 Da RepubliK's Week 2 Quarterfinals performance in Episode 1313 consisted of dancing a routine to Missy Elliot's "WTF (Where They From)". Howie Mandel, Mel B, Heidi Klum, and Simon Cowell all gave them standing ovations. Da RepubliK finished in sixth, seventh or eighth place in America's Vote.  In the Dunkin' Save, they received fewer online votes than Makayla Phillips. In the Judges' Choice, Howie Mandel didn't vote for them, but Mel B, Heidi Klum, and Simon Cowell did, advancing to the Semifinals in Episode 1314 instead of Front Pictures. 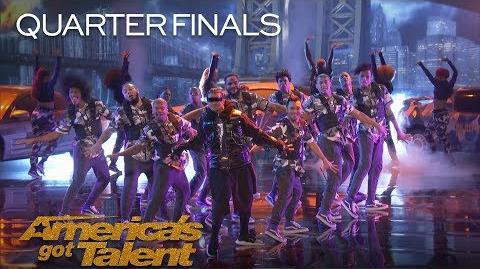 Da RepubliK's Week 2 Semifinals performance in Episode 1319 consisted of dancing to a medley of songs including "Baby Got Back" by Sir Mix-a-Lot. Simon Cowell buzzed the act. Da RepubliK did not receive enough votes to advance to the Finals in Episode 1320, eliminating them from the competition along with Aaron Crow instead of Vicki Barbolak. 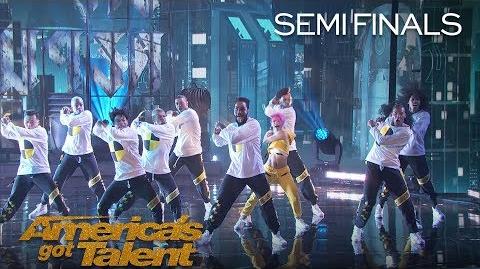