Judge Cuts
Daniel Martin was a jetski rider act from Season 10 of America's Got Talent. He was eliminated before the Judge Cuts.

Around the age of 13 Daniel started racing motocross in the Dallas, TX area and progressed to be one of the fastest in his area by 2003. He stopped racing motocross shortly after and started getting into mountain biking heavily, he raced some local races and did well. Motocross was still in his blood, so he started racing pit bikes in his regional area until summer of 2009 when he decided to take on a whole new challenge.

That summer Daniel and his father decided to buy two new SXR800's and head to the water. By 2011 Daniel was competing at the regional level and ended up the Region 5 Amateur Freestyle champion. In October of 2011 he decided to compete at the IJSBA World Finals in Lake Havasu City, AZ where he placed 7th in Amateur Freestyle. At the same time he met Pat from X Scream Inc. and rode a Pro Freestyle KDX 1200 ski. Since then Daniel has been on the KDX 900 hull with Team X Scream support for the 2012 IJSBA National Tour.

Daniel Martin's audition in Episode 1004 consisted of performing backflips and barrel rolls while riding a jetski. Howard Stern, Heidi Klum, Mel B, and Howie Mandel all voted "Yes," sending Daniel to the Judge Cuts round. 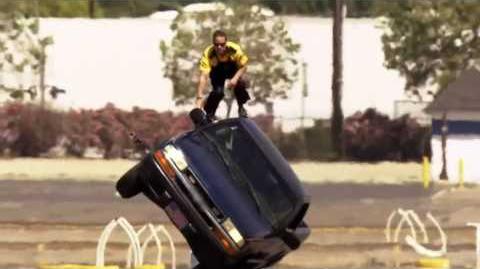 Daniel Martin did not perform in the Judge Cuts round, meaning he either withdrew or was cut by the judges before this stage of the competition.