America's Got Talent Wiki
Register
Don't have an account?
Sign In
Advertisement
in: Acts, Accepted Acts, Magicians,
and 13 more

Finalist
David & Dania, also known as Quick Change Artists, was a quick change artist duo act from Season 1 of America's Got Talent. They were eliminated in the Semifinals, but it returned for the Wild Card Show. They finished in the Bottom 5 (of the Top 10).

David Michael Maas & Dania Kaseeva both come from backgrounds of entertainment. They met twelve years prior to their audition. Dania previously did a Hula Hoop act, and the duo met after David saw a performance of her in a first-row seat. [1]

David & Dania - Quick Change's audition in Episode 103 consisted of performing a quick change act in which the couple both changed outfits very quickly seemingly through magic. Piers Morgan, Brandy Norwood, and David Hasselhoff all voted "Yes," sending the act to the Semifinals. 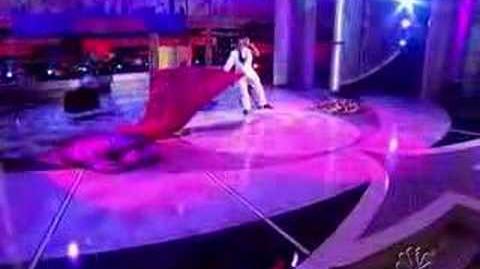 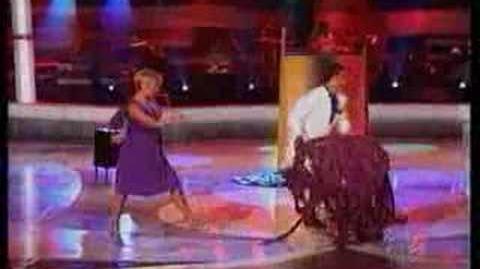 David & Dania were brought back for the Wild Card Show because they finished in second place in America's vote in Week 4. Their performance in Episode 112 consisted of performing a similar Quick Change act to their previous performances with some different clothes and a different wig to "Eye of the Tiger." Although Piers Morgan voted "X," noting their lack of change between performances, Brandy Norwood and David Hasselhoff both gave David & Dania "✓" votes. David & Dania finished in first place in America's Vote, sending them to the Finals in Episode 113 instead of second-place vote-getter Nathan Burton. 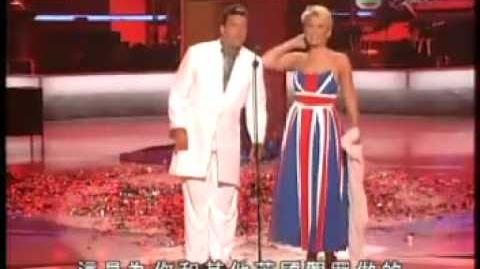 David & Dania made guest performances during results shows in Season 2 and Season 5 (in Episode 522) of America's Got Talent.

In 2017, they made a guest appearance on Season 19 of Big Brother as part of a Head of Household competition.

In November of 2020 David Maas passed away due to complications from Covid-19[2].