America's Got Talent Wiki
Register
Don't have an account?
Sign In
Advertisement
in: Acts, Dancers, Impressionists,
and 10 more

None, None
Debbie Victor was a animal impressionist and ballet dancer act from Season 4 and Season 7 of America's Got Talent. She was eliminated in the audition round in both seasons.

Debbie Victor is from Glendale, California. She has been perfected her talent for imitating animal sounds for 50 years. She works at a law firm.

Debbie Victor's audition in Episode 401 consisted of imitations of the sounds of a wolf, a monkey, a sheep, and a dog.. Piers Morgan, Sharon Osbourne, and David Hasselhoff all buzzed the act. All three judges voted "No," eliminating Debbie from the competition.

Debbie Victor's audition in Episode 710 consisted of ballet dancing and making an animal-like noise that of a goat. She danced to the music of the Blue Danube while making other animal sounds such as a monkey, turkey, ring neck dove and an elephant. Howard Stern, Sharon Osborne, and Howie Mandel all buzzed the act. At least two judges voted "No," eliminating Debbie from the competition. After the audition, Nick Cannon joined Debbie on stage, wearing Debbie's tutu, and danced with her. 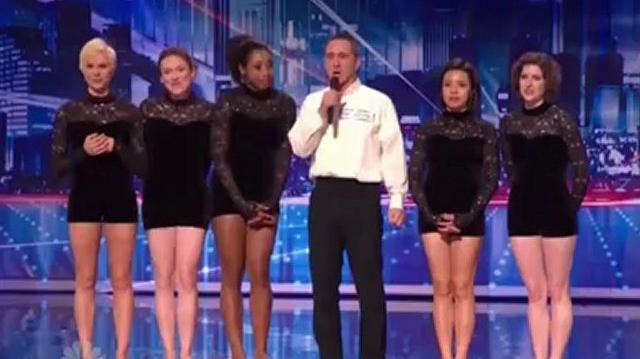