Dezmond Meeks was a singer and pianist act from Season 6 of America's Got Talent. He was eliminated in the Quarterfinals.

With a Five octave vocal range, Show-Stopping Stage Presence, a catalog of original recordings stretching around the corner and recent collaborations with some of the world’s hottest producers Dezmond Meeks aka “Cinderfella” has been working consistently to make his own fairytale come true one step at a time. From his humble beginnings in Louisiana as a prominent-prodigy gospel musician/vocalist Dezmond soon gained influences ranging from Michael & Prince to Mariah, James Brown, Aretha, The Clark Sisters, Kim Burrell and more. 1

Dezmond Meeks's audition in Episode 610 consisted of singing "Georgia On My Mind" while playing piano. Piers Morgan, Sharon Osbourne (who voted yes twice), and Howie Mandel all voted "Yes," sending him to the Vegas Round.

Dezmond Meeks was one of the Judges' Favorites in the Vegas Round. He was sorted into the "Male Singers" category. His performance in Episode 611 consisted of singing "I Was Made to Love Her" while playing piano. His audition was strong enough for the judges to send him to the Quarterfinals making him the only one of the "favorites" in the "Male singer" category to go on to the next round.

Dezmond Meeks's Quarterfinals performance in Episode 613 consisted of singing "(I Can't Get No) Satisfaction" while playing the piano and dancing. Unfortunately, He did not receive enough votes, eliminating him from the competition in Episode 614 along with Echo of Animal Gardens, instead of Anna Graceman. 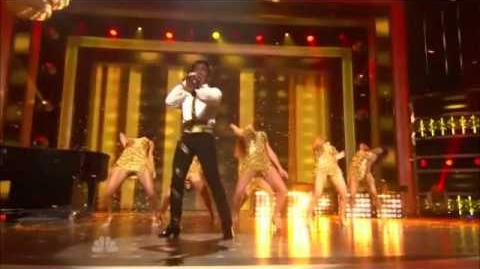 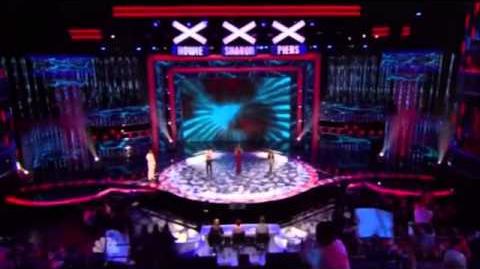 After two previous EP releases his self titled debut full length album “Cinderfella” has already been nominated for a slew of Music Industry Awards including “Best Male Pop Artist”, “Best Pop Album” and “Album of The Year” at the Los Angeles Music Awards, Winner of “Best R&B Song” at the 2013 Independent Music Awards and “Best R&B Artist” at the AIMA’s to name a few.

Having also had success on American Idol Season 4, the now Award-Winning Recording Artist has stepped out onto the main stage with his debut album release combining elements of Pop, R&B, Hip-Hop and Electronic/Dance to create a truly dynamic work of art! As a true believer in organic instrumentation and a lover of high energy dance presentation, Dezmond Meeks is also a gifted musician (piano & Hammond B-3 organ being his first instrument) and live dancer specializing in tap, jazz & lyrical ballet. Success was soon proved well through the fusion of Electronic/Soul when his collaboration “Celebrate” with budding EDM Stars Ghøstkick quickly rose to top 10 on Korea’s Olleh Chart in 2012.

Retrieved from "https://agt.fandom.com/wiki/Dezmond_Meeks?oldid=99585"
Community content is available under CC-BY-SA unless otherwise noted.