America's Got Talent Wiki
Register
Don't have an account?
Sign In
Advertisement
in: Acts, Rejected Acts, Novelty Acts,
and 7 more

Diane Bannard is from Ocala, Florida. She has been hula-hooping for more than 20 years.

Diane Marie Bannard's audition in Episode 901 consisted of performing a Hula-Hoop routine. Howard Stern, Heidi Klum, and Mel B buzzed the act. After her audition, Nick Cannon joined her on stage with his own Hula-Hoop. Howard, Heidi, Mel B, and Howie Mandel all voted "No", eliminating Diane from the competition. 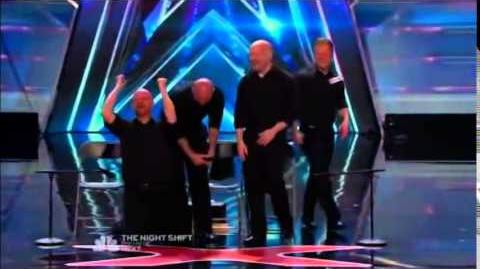 Diane Bannard returned in Season 11. Her audition in Episode 1103 consisted of twirling a hula-hoop around her hips and then around her neck. Mel B and Simon Cowell buzzed the act. Mel B and Simon voted "No," eliminating Diane from the competition again. After the performance, Nick Cannon joined Diane on stage to spin hoops around their necks. 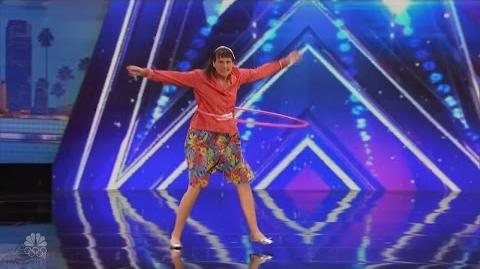