Semifinalist
Donovan & Rebecca, also known as Crazeehorse, was an acrobatic duo act from Season 7 of America's Got Talent. It was eliminated in the Semifinals.

Born and raised in Paris, France, Donovan Jones grew up in Stony Brook, LI. The eldest of four sons, he studied acting and musical theatre in NYC at AMDAA before returning to Paris to recreate the role of Hud in the French, 30th anniversary revival of Hair. Married since 1997, he and Rebecca have lived and worked in Aruba, Paris and London. After years of performing as a singer/actor, and dancer respectively, in 2007 they decided to teach themselves partner acrobatics. Their first act, introduced on the nationally televised talent show “Britain’s Got Talent” in the UK launched a new chapter to their partnership. They have since been featured on stage and television internationally, earning 3 Guinness World Records© in the process. 1

Born in London, Rebecca Peache was raised in Devon, UK. The eldest of two daughters, Rebecca studied Ballet at the Central School of Ballet in London, and musical theatre alongside her sister at the London Studio Centre. Rebecca performed as a Can Can Dancer at the world famous Moulin Rouge Cabaret in Paris, has modelled internationally, and is the face of AGATHA PERFUMES©. After severals years as a featured dancer/ line captain, Rebecca has traveled the world with her husband as the other half of their record breaking acrobalance, and aerial act. 2 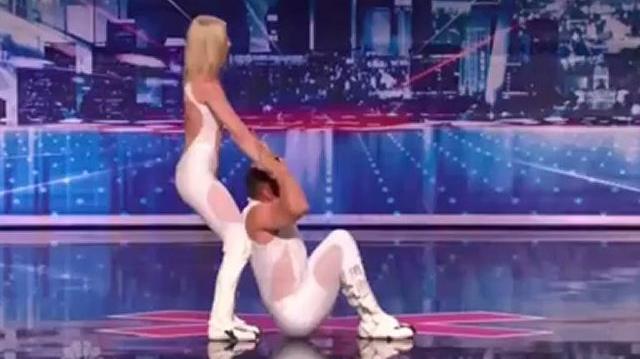 Donovan & Rebecca was one of the Standby Acts in the Vegas Round. The pair was sorted into the "Acrobats" category. Its performance in Episode 713 consisted of Donovan hanging on a rope suspended from the ceiling and Donovan spinning the rope fiercely while Rebecca held onto the rope with only one hand from around thirty feet high. The pair's audition was strong enough for the judges to send it to the Quarterfinals. 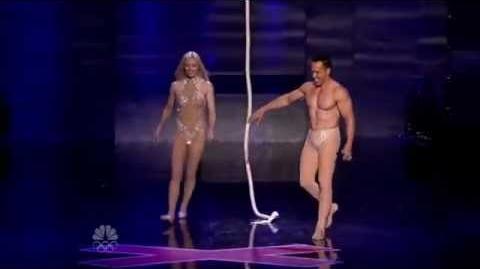 Donovan & Rebecca's Quarterfinals performance in Episode 716 consisted of performing aerial feats such as Rebecca holding onto Donovan by the back of his neck, Donovan hanging upside down and holding Rebecca by a foot with just one hand, and the duo kissing, all on the Aerial Silks to "Chasing Cars." The duo finished in either fourth or fifth place in America's Vote In the Judges' Choice, although Sharon Osbourne did not vote for them, Howard Stern and Howie Mandel did, sending them to the Semifinals in Episode 717 instead of Danielle Stallings. 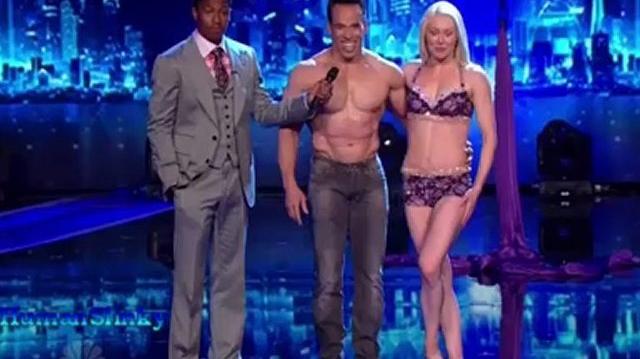 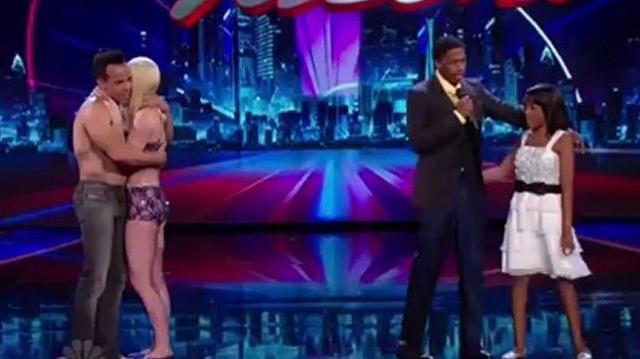 Donovan & Rebecca's Semifinals performance in Episode 726 consisted of performing on the aerial trapeze, with feats such as Rebecca holding Donovan with her hands while spinning on the trapeze and Rebecca holding Donovan's entire body weight on her thigh. The pair did not receive enough votes to be sent to the Finals, eliminating it from the competition in Episode 727 along with Edon, instead of Todd Oliver. 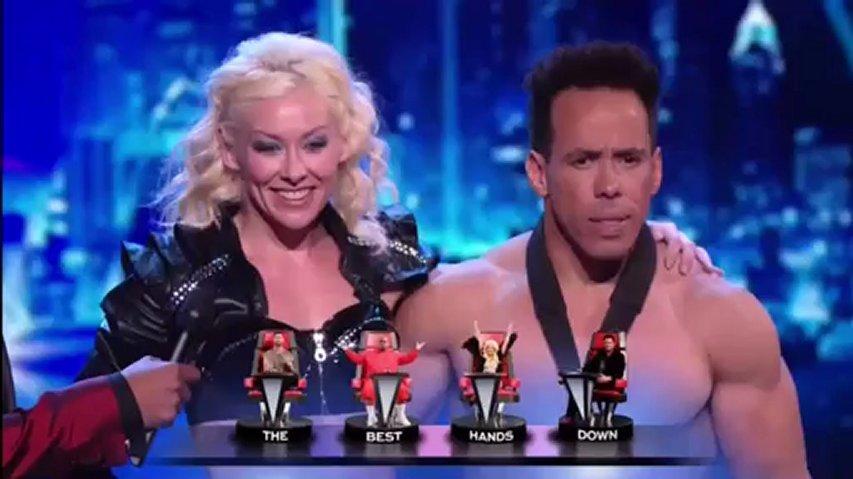 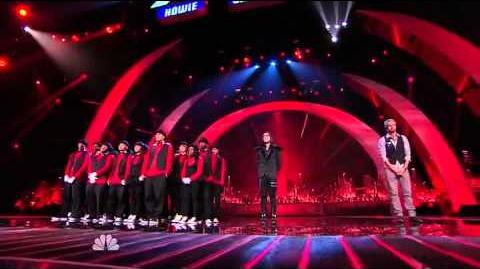 They've been performing on some shows on the Disney Cruiseline.