Judge Cuts
Dr. Danger's All Stars, also known as Dr. Danger's Daredevil All Stars, were a stunt team act from Season 10 of America's Got Talent. They were eliminated in the Judge Cuts.

Unbeknownst to him, at the ripe age of ten, an inquisitive Gregory E. Carpenter, with nothing but a lighter, an abandoned car and a love of fire, set out to create the man that would become Dr. Danger.

A true stunt gypsy road dog, Dr Danger spends most of his time on the road living life in the trenches and getting as much out of each and every day. He’s a father, a believer, a songwriter, a mechanic, a bus driver, a dishwasher, and an eternal optimist. Dr Danger has spent over 24 years performing live daredevil stunts at racetracks, speedways, and monster truck shows across the country.

A child of the 60’s, Carpenter was born in Sacramento, California, where the entertainer in him soon came shining through. Instead of putting on plays in the back yard like most kids, he and his two sisters had a family favorite game, “Howdy, Partner!”. It started with an ironing board. They would take turns sitting at the ironing board as if it were a saloon bar, one would walk into the saloon, give a slap on the other’s back and say, “Howdy, Partner!”, and then the stunt fighting would begin!

He became enthralled with Evel Knievel at the age of 11 after seeing the George Hamilton movie three times in one afternoon. After years of different types of work, Carpenter finally gave in and decided to follow his heart. He spent his early years of stunt work in Hollywood (his first moniker) before realizing he could not be just another anonymous stuntman. He needed his audience to know his face and his name. True to his character, the open road was the place to do it.

After taking five Life Flights and having five custom-made suits either burned or cut off, he decided it was time to pass the torch (every pun intended!) and his knowledge. In 2012, he created TEAM DANGER: A Rock ‘n Roll Wrecking Ball that swings from town to town.

Over the years, Carpenter’s hard work has caught the attention of such television shows as CBS Sunday Morning, MTV Nitro Circus, National Geographic, and Fuel TV, just to name a few. The icing on the cake - Dr Danger has spent the last five years being followed by cameras for the next BIG hit on The History Channel: American Daredevils. [1]

The Daredevil All Stars crew is comprised of folks Dr. Danger has worked with over the years, some 20+, others more recent. Danger Jr is his son Chris. Ken "Killer Cowboy" Fletcher has been a part of Dr Danger Stunts since before that name existed. There's Terry Trash of Texas Trash and the Trainwrecks. Kevin "The Jalapeno" Juarez, he met in the AZ desert and immediately put him to work on a stunt. He fit, worked hard, so he kept him! Last, but never least, MiniMad Mike Cook, our #evelmidget. And yes, he prefers to be called a midget. After meeting, Dr. Danger introduced Mike to his first daredevil stunt - for which he now holds a World Record - most consecutive Walls of Fire ridden through on a motorcycle. [2]

Dr. Danger's Daredevil All Stars' audition in Episode 1004 consisted of driving one bus and it colliding into two other ones. Howard Stern, Heidi Klum, Mel B, and Howie Mandel all voted "Yes," sending the group to the Judge Cuts round. 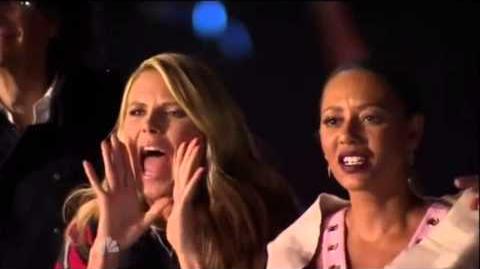 Dr. Danger's All Stars' Judge Cuts performance in Episode 1009 consisted of MiniMad Mike Cook jumping a motorcycle over a 6 foot gap through a ring of fire. He then turned and rode through eight walls of fire. During Mike's ride, the other members wore hats lit on fire. Howard Stern and Howie Mandel buzzed the act. The group's performance was not strong enough for the judges to send them to the Quarterfinals, eliminating them from the competition along with Aiden Sinclair, instead of Ira. 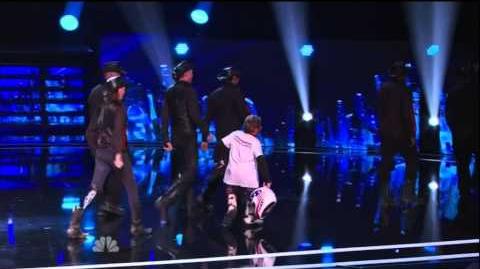 Dr Danger returned for America's Got Talent: Extreme as a part of Dr. Danger and Mary.