Judge Cuts
Duo Guerrero was a highwire duo act from Season 11 of America's Got Talent. They were eliminated in the Judge Cuts.

Duo Guerrero consists of married couple Aura and Werner, who live in Sarasota, Florida. They met each other for the first time in Spain more than thirty years before their audition, and they decided to marry each other after just a few days.

Duo Guerrero's audition in Episode 1103 consisted of Aura and Werner walking on the high wire while performing tricks such as Aura doing the splits on the wire, Aura balancing on a chair on the wire, and Werner standing on Aura's shoulders while on the wire. Howie Mandel, Mel B, Heidi Klum, and Simon Cowell all voted "Yes," sending the duo to the Judge Cuts. 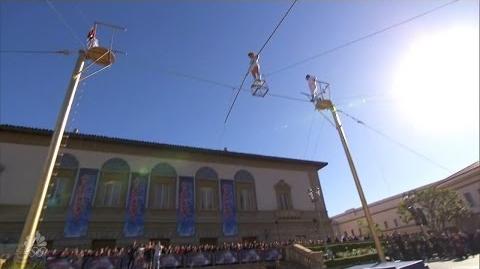 Duo Guerrero's Judge Cuts performance in Episode 1107 consisted of Aura walking on the high wire with her chair blindfolded and Werner walking on the wire while Aura stood on his shoulders. Duo Guerrero's performance was not strong enough for the judges to send it to the Quarterfinals, eliminating the duo from the competition along with John Ferraro, instead of Hara. 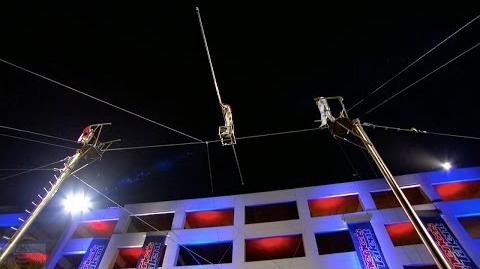