Judgment Week
Dustin's Dojo was a comedy karate artist duo act from Season 9 of America's Got Talent. It was eliminated during Judgment Week.

Dustin is a black belt in karate. He learned to be a karate expert in 6th Grade at Roger Bakers Taekwondo and Pizza in Pensacola, Florida (bow). He then moved to Fountain County, Indiana. He now makes karate videos to teach other people how to fight off attackers because attackers can be anywhere, especially in the city. [1]

Dustin's karate partner, Terry, is his student. The two men met as children, when neither of them had very many friends. Dustin aspires to be a karate instructor to teach his students to defend themselves from attackers and to star in karate movies.

Dustin's Dojo's audition in Episode 901 consisted of breaking wood, throwing full-extension punches in the air, and Terry throwing a bag of salt into Dustin's eyes, all in a comedic fashion (as the duo was satirizing martial arts). Heidi Klum and Mel B both buzzed the act. Although Howard Stern and Howie Mandel voted "Yes," Heidi Klum and Mel B both voted "No," eliminating Dustin's Dojo from the competition. Howard then opted to press his Golden Buzzer, keeping the act in the competition and sending it to Judgment Week. 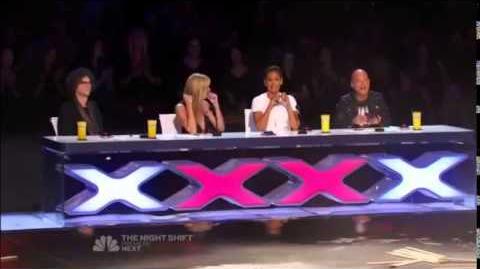 Dustin's Dojo was sorted into the "Variety Acts" category in Judgment Week. The act's performance in Episode 908 consisted of hitting fruit hanging from poles (because they swing like attackers do), Dustin knocking Terry out with a nunchuks, and Terry being dragged off the stage by Dustin and Nick Cannon. Dustin's Dojo's performance was not strong enough for the judges to send it to the Quarterfinals, eliminating it from the competition that same episode. 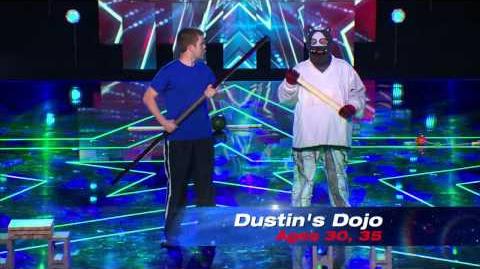