Judge Cuts
Duwende was an a cappella group act from Season 10 of America's Got Talent. It was eliminated in the Judge Cuts.

Duwende (Doo-WEN-day) is a six-person a cappella band best known for their fiercely original, bass-and-beatbox-driven funk/pop style of music. In 2011, Duwende released "Remember: The Music of Michael Jackson," gaining them widespread acclaim, and leading them to performances for the United Nations, Save The Children Benefit dinner hosted by Hoda and Kathie Lee, Bill Clinton Global Initiative, the Java Jazz Festival in Jakarta, and a World AIDS Day Event in Amsterdam. With over 4 million YouTube views and counting, they have a growing fan base that circles the globe; and their music and arrangements have been used on TV shows internationally.

Most recently, they were featured performers on NBC’s The Winner Is, with Nick Lachey as host, and were featured presenters for TED TALK x for Johnson & Johnson. [1]

Duwende's audition was never televised. It is unknown whether or not the group was buzzed, but at least three judges voted "Yes," sending it to the Judge Cuts round.

Duwende's Judge Cuts performance in Episode 1011 consisted of singing Clean Bandit's "Rather Be." Although only briefly shown, Howard Stern buzzed the act.  The group's performance was not strong enough for the judges to send it to the Quarterfinals, eliminating it from the competition along with Semeneya and Technicianz. 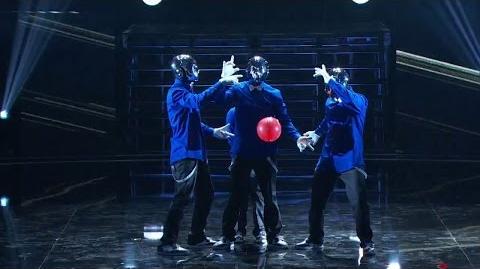