Judge Cuts
Elin & Noah were a dance duo act from Season 10 of America's Got Talent. They were eliminated in the Judge Cuts.

Elin Helton and Noah Evans are best friends (but not girlfriend and boyfriend) from Nashville, Tenessee.

Elin and Noah's audition in Episode 1001 consisted of dancing together to MC Hammer's "U Can't Touch This." Howard Stern, Heidi Klum, Mel B, and Howie Mandel all voted "Yes," sending the duo to the Judge Cuts round. 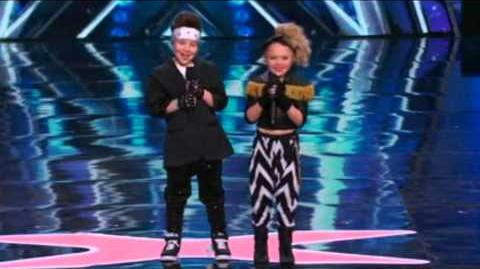 Elin & Noah's Judge Cuts performance in Episode 1008 consisted of dancing together to Tag Team's "Whoomp! (There It Is)." Their performance was not strong enough for the judges to send them to the Quarterfinals, eliminating them from the competition along with Vibez, instead of 3 Shades of Blue. 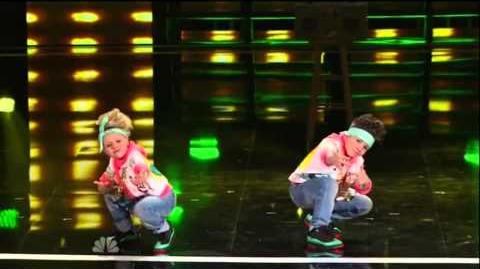