America's Got Talent Wiki
Register
Don't have an account?
Sign In
Advertisement
in: Acts, Accepted Acts, Magicians,
and 9 more

Semifinalist
Elliot Zimet was a magician act from Season 1 of America's Got Talent. He was eliminated in the Semifinals.

Born and raised in the Bronx, Elliot Zimet found great inspiration in New York City’s rich culture of music and fashion. When Elliot saw his first magic show at the age of nine, he knew that magic was to be his life. He has gone on to amaze audiences throughout the country from Madison Square Garden, to the Hard Rock Hotel in Las Vegas. Elliot’s innovative approach provides audiences with mind-blowing magic featuring a unique blend of heart pumping illusions, exotic birds, mentalism, humor, audience interaction, and today’s hottest music. [1]

Elliot Zimet's audition in Episode 102 consisted of creating the illusion of a microphone dissolving into dust and doves appearing from thin air. Piers Morgan, Brandy Norwood, and David Hasselhoff all voted "Yes", sending Elliot to the Semifinals. 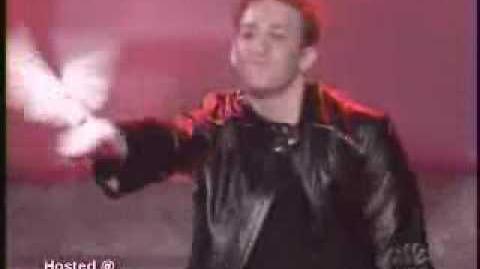 Elliot Zimet's Week 3 Semifinals performance in Episode 108 consisted of creating the illusion of fire and a cloth transforming into birds and a bird becoming a woman, all to Nelly Furtado's "Promiscuous." Piers Morgan, Brandy Norwood, and David Hasselhoff all gave Elliot "X" votes. Elliot did not receive enough votes to finish in at least second place in America's Vote, eliminating him from the competition in Episode 109 instead of Bianca Ryan and Nathan Burton.

In the Fall 2012, Elliot starred in his own off Broadway show, which had an extended run in Times Square NYC. He toured with “The Greatest Show on Earth” - Ringling Bros. and Barnum & Bailey Circus, and “The Most Interesting Show in the World ” for the Dos Equis company. Major brands and corporations such as the Grammy’s, People En Espanol Magazine, JC Penny, MAC, BMW and Macy’s have enlisted Elliot’s artistry.