Erik Cavanaugh was a ballet dancer act from Season 11 of America's Got Talent. He was eliminated in the Judge Cuts.

Erik Cavanaugh is a dancer and choreographer that has been dancing seriously since 2010, and has found it to be an incredible outlet for expression. "I love dancing because it's the soul's direct communication to the world," he says. "Everyone can speak the same language if we dance."

The Pittsburgh resident has attracted thousands of followers to his Instagram page, where he shares videos of his performances. Cavanaugh says that he is "attempting to change the mind and shape of dancers." [1]

Erik Cavanaugh's audition was never televised. It is unknown whether or not he was buzzed, but at least three judges voted "Yes," sending Erik to the Judge Cuts round.

Erik Cavanaugh's Judge Cuts performance in Episode 1108 consisted of ballet dancing. Erik's performance was not strong enough for the judges to send him to the Quarterfinals, eliminating him from the competition along with Cody Carter, instead of Vello Vaher. 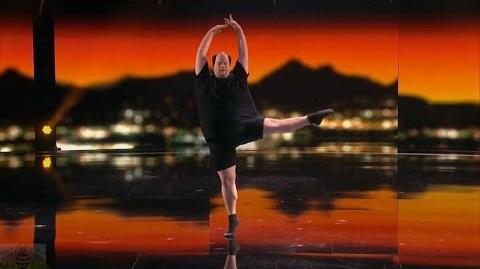 Retrieved from "https://agt.fandom.com/wiki/Erik_Cavanaugh?oldid=104580"
Community content is available under CC-BY-SA unless otherwise noted.