Judge Cuts
Evoke Tap Movement was a tap dance group act from Season 10 of America's Got Talent. They were eliminated in the Judge Cuts.

Evoke Tap Movement is a part of the studio Evoke Dance Movement, created by Mother Daughter duo Stacy and Cassie Sopher, with intentions of establishing a positive environment for students, teachers, and parents to come together and share a heartfelt, respectful, disciplined, and dedicated dance experience. [1]

Evoke Tap Movement is a tap company from Carlsbad, California under the direction of the Sopher duo and choreographed by Cheryl Swanstrom and Natalie Barone. [2]

Evoke Tap Movement's audition in Episode 1005 consisted of tap dancing to Macklemore's "Can't Hold Us" together. The group danced in and on top of six boxes to innovate their performance. Howard Stern, Heidi Klum, Mel B, and Howie Mandel all voted "Yes," sending the group to the Judge Cuts round. 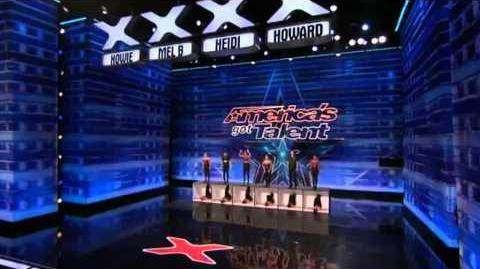 Evoke Tap Movement's Judge Cuts performance in Episode 1010 consisted of tap dancing on a customized platform so that six dancers moved above six other dancers. The group's performance was not strong enough for the judges to send it to the Quarterfinals, eliminating it from the competition along with Honor Roll Skate Crew, instead of Oz Pearlman. 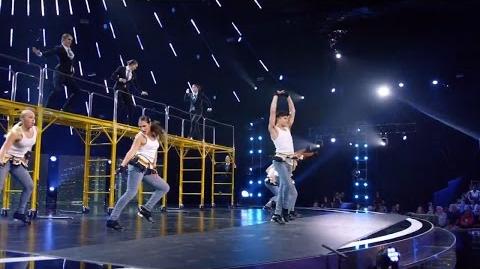