Finalist
The Fab Five was a clogging group from Season 4 of America's Got Talent. It finished in the Bottom 5 of the Top 10.

From a dairy farm in rural Utah, where life consisted of raising wheat, cows, and one’s family, came five sisters who could accomplish dairy chores in the morning and dance like wildfire at dusk. The “Whitear” girls are now known as dancers extraordinaire with “Fab5” fame. Hard work, team spirit, and a love for life began on the farm and now continues on the stage. Nearly three decades of dancing has brought tours, trophies, husbands, and kids. Ultimately, Whitear life has been filled with both smiles and tears. With the challenges of a father who lost his farm to economic hardships, a child with severe Cerebral Palsy, and another child with Kidney Disease, one might think that these women have watched their families confront some of life’s most difficult tests. Nevertheless, the constant within this group has always been family and dance.

When their father requested that his girls be up on stage together for his birthday, as a gift, the five sisters, who had never previously danced together, combined their collective “power tap” talent and launched a new group called the “Fab Five.” This gift eventually brought them to “America’s Got Talent.” and subsequent performances. [1]

The Fab Five's audition in Episode 403 consisted of clogging as a group to Big & Rich's "Loud." Piers Morgan, Sharon Osbourne, and David Hasselhoff all voted "Yes", sending the group to the Vegas Round. 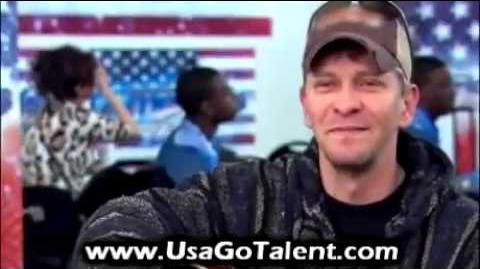 The Fab Five appeared without performing in the Vegas Round. The group's audition was strong enough for the judges to send it to the Quarterfinals in Episode 411.

Fab Five's Quarterfinals performance in Episode 415 consisted of clogging as a group to Sean Kingston's "Fire Burning" with a firefighter theme. One trick involved the five members sliding down poles. Fab Five received enough votes to be sent to the Semifinals in Episode 416 instead of Beale Street Flippers.

Fab Five's Week 1 Semifinals performance in Episode 421 consisted of clogging as a group to Destiny's Child's "Lose My Breath" with a drumline theme. Fab Five finished in fourth or fifth place in America's Vote. In the Judges' Choice, Piers Morgan, Sharon Osbourne, and David Hasselhoff all refused to make the difficult decision. Instead, they decided to send both Fab Five and The Voices of Glory to the Finals in Episode 422. 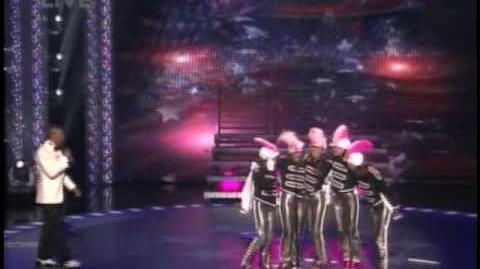 Fab Five's Finals performance in Episode 425 consisted of clogging as a group to Britney Spears' "Circus." 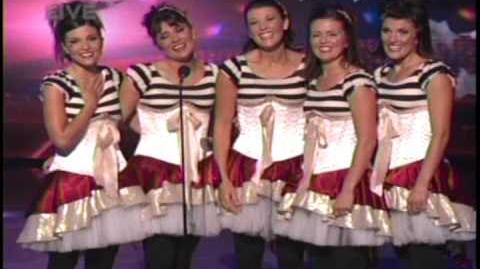 Fab Five did not receive enough votes to be included in the Top 5, eliminating the group from the competition in Episode 426 instead of The Texas Tenors.