Judge Cuts
Facinet Sylla was an acrobatic dancer act from Season 10 of America's Got Talent. He was eliminated in the Judge Cuts.

Facinet Sylla is a dynamic circus performance artist-aerialist from Conakry, Guinea. [1] He won the first season of L'Afrique a un Incroyable Talent with his brothers under the name Two Brothers Sylla.

Facinet Sylla's Judge Cuts performance in Episode 1009 consisted of performing an acrobatic dance routine with multiple backflips and a hand stand.His performance by the judges was well received, but Howie Mandel said that it wasn’t Radio City material. Facinet's performance was not strong enough for the judges to send him to the Quarterfinals, eliminating him from the competition along with Center Stage, instead of DM Nation. 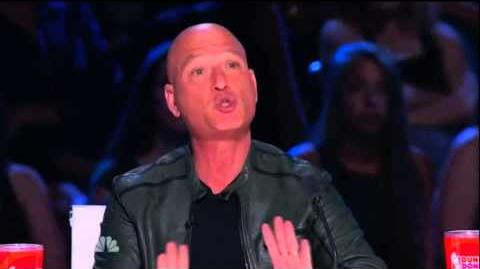