America's Got Talent Wiki
Register
Don't have an account?
Sign In
Advertisement
in: Acts, Accepted Acts, Quarterfinalists,
and 8 more

Quarterfinalist
Fearless Flores Family was a stunt motorbike family act from Season 6 of America's Got Talent. It was eliminated in the Quarterfinals.

The Fearless Flores Family consists of Ricardo (Father), Arcelia (Mother), Cyndel (daughter) and Volorian (son). These ninth and tenth generation performers from South Florida are proud to present "Motorcycle Madness" inside the legendary "Globe of Death" (motorcycles inside a metal ball). Ricardo and Arcelia have presented this act for over 10 years and Cyndel began at the young age of six, while Volorian started his daredevil life at the unbelievable age of four. Cyndel and Volorian are currently the youngest brother and sister team to race inside the "Globe of Death." The Fearless Flores Family likes to perform all over the country at fairs, festivals and motor sports events!! 1

Fearless Flores Family's audition in Episode 609 consisted of two motor bikers, the children of the family, criss-crossing around the Globe of Death while the father of the family stood stationary in the globe. Piers Morgan, Sharon Osbourne and Howie Mandel all voted "Yes," sending the act to the Vegas Round. 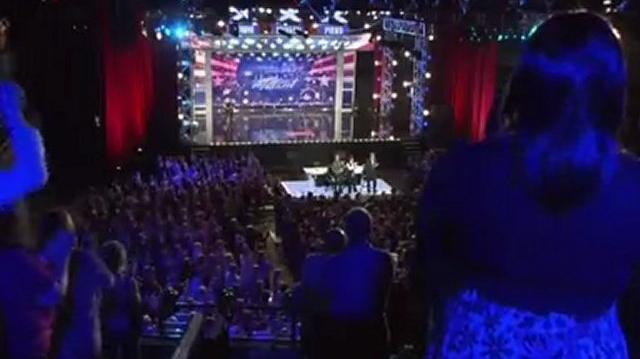 Fearless Flores Family was one of ten acts to advance straight to Hollywood without auditioning in Las Vegas in Episode 611.

Fearless Flores Family's Quarterfinals performance in Episode 613 consisted of three motor bikers, the children and the mother, criss-crossing around the Globe of Death while the father of the family stood stationary in the globe to "Pump It." The act did not receive enough votes to finish in at least fifth place in America's Vote, eliminating it from the competition in Episode 614 along with Squonk Opera, instead of Snap Boogie. 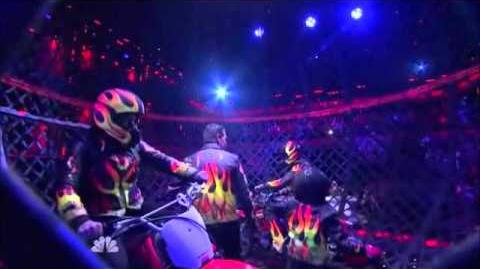 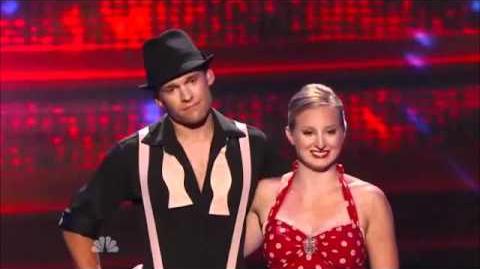