America's Got Talent Wiki
Register
Don't have an account?
Sign In
Advertisement
in: Acts, Accepted Acts, Rappers,
and 7 more

Quarterfinalist
Flau'jae was a rapper act from Season 13 of America's Got Talent. She was eliminated in the Quarterfinals.

FLAU'JAE >> One of Georgia's youngest female Hip-Hop Ambassador, was born November 3, 2003 in Savannah, Georgia. She is a keep it real, lives each day as your last type of kid. Passionate about her craft, Flau'jae strives to become as successful as her father the late great rapper -Camoflauge. She plans to let the world know who she is and continues to embrace her talent and share it with everyone she encounters.

Flau'jae is a kindred soul who succeeds at carefully balancing her wonder years with pursuing her music dream. Filled with enthusiasm, Flau'jae's inspiration is driven by her mother, who helps channel her talent in a positive and creative way. Since her emergence in 2012, Flau'jae has been stomping the pavements of Georgia and surrounding states with dog and determination.

Currently, Flau’jae is a cast member on the Lifetime hit show “The Rap Game” – Season 3 executive produced by Golden Globe winner and Grammy nominee Queen Latifah and Grammy winner Jermaine Dupri, The rules of “The Rap Game” have been broken and she’s taking no prisoners. Demonstrating that “age” is truly nothing but a number. The youngest of five new young rappers, she’s showcasing her talent and making a name for herself. Aside from being a hip-hop sensation; Flau'jae is a young Philanthropist with a heart of gold.

Currently, she devotes her time at Frank Callen Boys/Girls Club, where she tutors and coaches. She has served as a participant in the Chatham County Youth Commission Rally; and provides time to help Feed the Hungry. In addition, Flau’jae has become a walking billboard to end violence in her community. She recently launched her own campaign from “Tragedy to Triumph”. This movement was started to make people aware of the story she has to tell. She speaks out about her feelings of her father’s murder and how she uses music as an outlet to stay connected to him. Flau'jae is truly a rising star destined for greatness! [1]

Flau'jae's audition in Episode 1301 consisted of rapping her original song, "Guns Down", which was about gun violence relating to her father's death. Howie Mandel, Mel B, Heidi Klum, and Simon Cowell all voted "Yes", sending Flau'jae to the Judge Cuts. 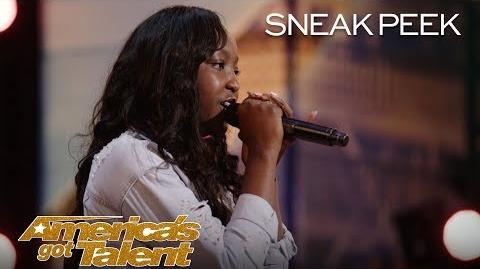 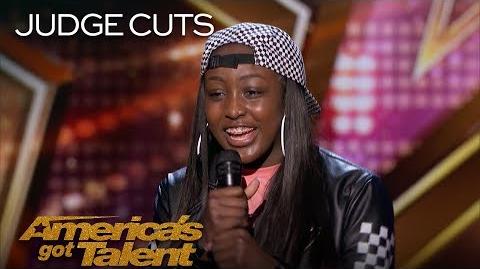 Flau'jae's Week 1 Quarterfinals performance in Episode 1311 consisted of rapping her original song "Letdown". Howie Mandel, Heidi Klum and Simon Cowell gave her standing ovations. She did not receive enough votes to advance to the Semifinals in Episode 1312, eliminating her from the competition along with The PAC Dance Team instead of We Three. 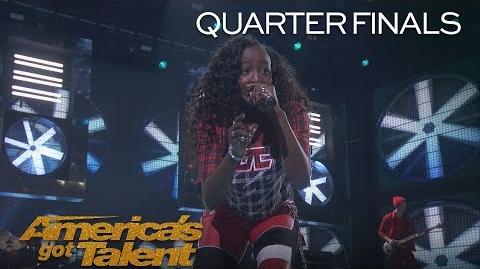