Semifinalist
Flight Crew Jump Rope is a jump rope group from Season 9 of America's Got Talent. It was eliminated in the Quarterfinals in the Judges' Choice, but it returned to the Semifinals as Heidi Klum's wildcard pick, where it was eliminated again.

Lee Reisig started jumping rope at the age of 8 in Bozeman, MT when his mother decided to start her own team-The Rocky Mountain Ropers- after seeing a performance by a touring team from Idaho. Although reluctant at first, Lee finally attended his first practice and was hooked immediately. Lee continued to jump all the way through high school.

After graduation, Lee was asked by his friends on the Summerwind Skippers to join their team for the FISAC World Championships in Australia the following summer. After a long year of commuting back-and-forth between Montana and Idaho, Lee decided to move permanently to Boise, ID to be a Summerwind Skipper full-time. Throughout college, Lee continued to jump earning several National and World titles, a spot on the US All-Star team.

After college with degree in hand, Lee began auditioning for performance companies. In spring of 2009, he got his first performing gig with Cirque le Masque. A month later another with Cirque du Soleil, and in the winter a 2 month tour with Cirque Dreams “Holidaze.” Since then Flight Crew Jump Rope has worked extensively with Cirque Dreams appearing in several tours including the “Jungle Fantasy” world tour.

Shortly after his first “Holidaze,” Lee was asked to be a part of the jump rope group Saltare, which was to appear on the fifth season of MTV’s “America’s Best Dance Crew.” Saltare managed to place in the top 5 and are still performing together today. Since then, Lee has been touring with Cirque Dreams and performing with both Saltare and Summerwind Skippers in various places around the world.

Lee decided to form Flight Crew Jump Rope in an effort to give older jumpers the opportunity to jump rope professionally by performing and teaching, and also to share his love of jump rope with the world by providing the best jump rope supplies available. He believes that jump rope is a not only a great activity for staying in shape, but a way to find happiness in life through hard work, dedication, team work, trust, and creativity. 1 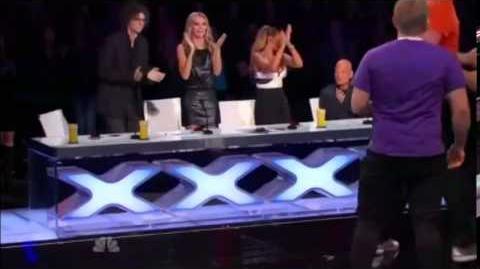 Flight Crew Jump Rope was sorted into the "Variety Acts" category in Judgment Week. Its performance in Episode 908 consisted of a jump rope routine involving Double Dutch tricks such as flips in the air, a member sommersaulting through two ropes forward and landing backwards, and one member hopping underneath a human bridge formed by the others hopping with their hands on the ground. Flight Crew Jump Rope's performance was strong enough for the judges to send it to the Quarterfinals along with Christian Stoinev in the same episode. 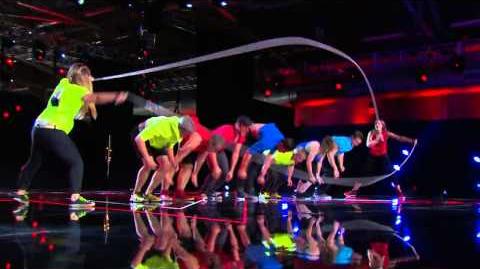 Flight Crew Jump Rope's Week 1 Quarterfinals performance in Episode 909 consisted of a jump rope routine involving blacklights, trampolines, and Double Dutching up high on seperate platforms, all to Tegan and Sara's "Closer." The group finished in either fifth or sixth place in America's Vote. In the Judges' Choice, although Mel B voted for it, Howard Stern, Heidi Klum, and Howie Mandel did not, eliminating it from the competition in Episode 910 instead of Baila Conmigo. However, It was revealed that they recieved Heidi Klum's wildcard pick, reinstating them to the semifinals. 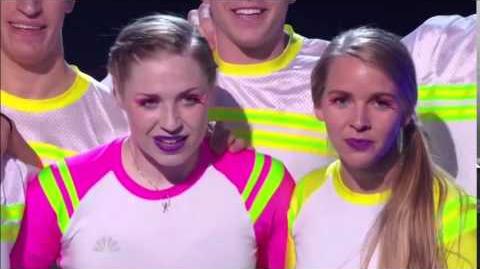 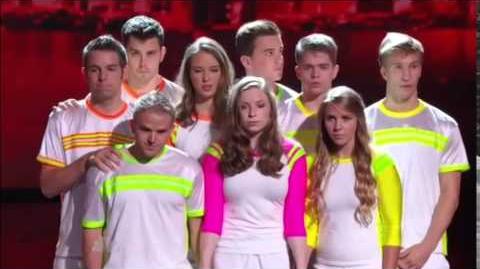 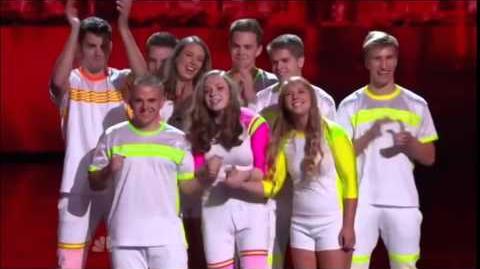 On Twitter, America's Got Talent announced that Heidi Klum selected Flight Crew Jump Rope as her Wild Card pick for the Semifinals, so the group returned to the competition.

Flight Crew Jump Rope's Week 1 Semifinals performance in Episode 917 consisted of a jump rope routine involving multiple flips, hopping on two feet and two hands, and leaping over each other while in Double Dutch, all to Ariana Grande's "Break Free." Heidi Klum and Mel B gave the group standing ovations. The group did not receive enough votes to be sent to the Top 12 Finals, eliminating it from the competition in Episode 918 along with Bad Boys of Ballet, instead of Mike Super. 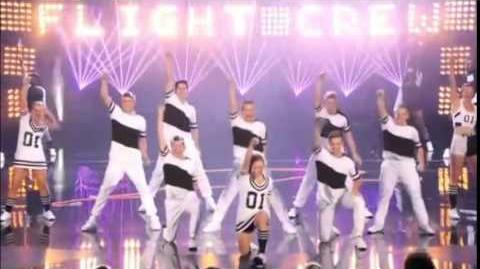 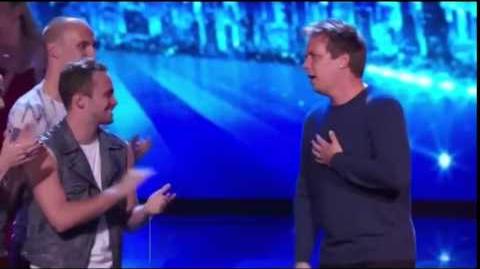 One of the members Tori Boggs competed on the second season of the TBS competition series Go Big Show in 2022 in which she was eliminated in a three-way matchup in the semifinals.